A long list of reading last week and I’m know it’s not long since The Seven Husbands of Evelyn Hugo was the BotW here, but I just loved this so much last week – and it’s only just come out – so, sorry not sorry, I’m picking the new Taylor Jenkins Reid. I ended up not getting enough sleep before my early shift on Monday because I couldn’t put this down* so buckle up, I have a lot to say. A lot. 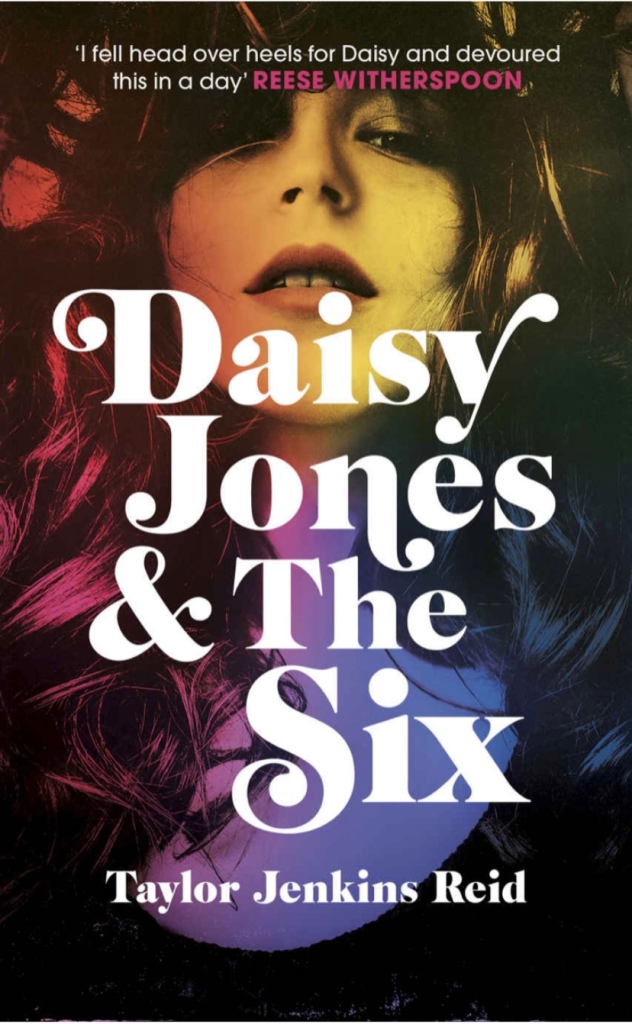 Daisy Jones and the Six tells the story of the rise of a 70s rock band and their sudden break up in the middle of touring their hugely successful album. Told though intercut interviews with the protagonists, it’s like reading one of those music documentaries (in the best possible way) and it only took me about 50 pages to forget that the band was a work of fiction. By the end I was could practically hear the music in my head and see the band on stage. It’s just brilliant. Daisy is the daughter of two high powered (an artist and a model) but neglectful parents who takes the cool LA scene by storm before she’s even recorded a song, The Six are a rock band who have worked their way up on the east coast and have come west for their big break. Together they are more than the sum of their parts but they are also a mass of egos and addictions and competing talents.

In less clever hands, and at first glance, Daisy could be an archetypal manic pixie dream girl, but she’s actually a completely fleshed out three dimensional woman. You’ve seen women a bit like her in those rockumentaries – except that she’s not a groupie – she’s as talented as the men and living just as hard as them. Equally for a while you’re expecting Billy to be like (almost) every other rock star in fiction – living hard, partying hard, living the rock and roll life – but there’s much more to him than that. And that combination makes this compulsively readable and gives you a book that surprises you at every turn – and then some. I got to one point near the end and had to go back to the start to check I hadn’t missed something big earlier on.

And like Evelyn Hugo, in the background your brain is trying to work out who some of this might be based on. I’m not the best at rock music history, but I have some theories and I know that I’m going to get lost in a Wikipedia rabbit hole at some point in the next as I try and work out where some of these ideas might have come from because it just seems too real to be entirely invented. It’s that good. This is the book to read on the beach this summer. Or at least it’s what I’m going to be recommending so far. It’s getting loads of buzz – it’s Reese Witherspoon’s book club pick this month and in the US it’s a Book of the Month Club book – so get in their now before the rush. And before the miniseries. For once I’m sort of before the mad craze. Just.

My copy came from NetGalley, but it is out in hardback now and I’m hoping should be easy to get hold of from your book retailer of choice. I’m hoping it’ll be on display in the bookshops – I’m off to Foyles after work to see if I can find one to stare at in the flesh. It’s also on Kindle and Kobo and the Audible has such a starry voice cast that I’m super tempted. And if you haven’t already read it, The Seven Husbands of Evelyn Hugo is only 99p on Kindle and Kobo at the moment. Total bargain. 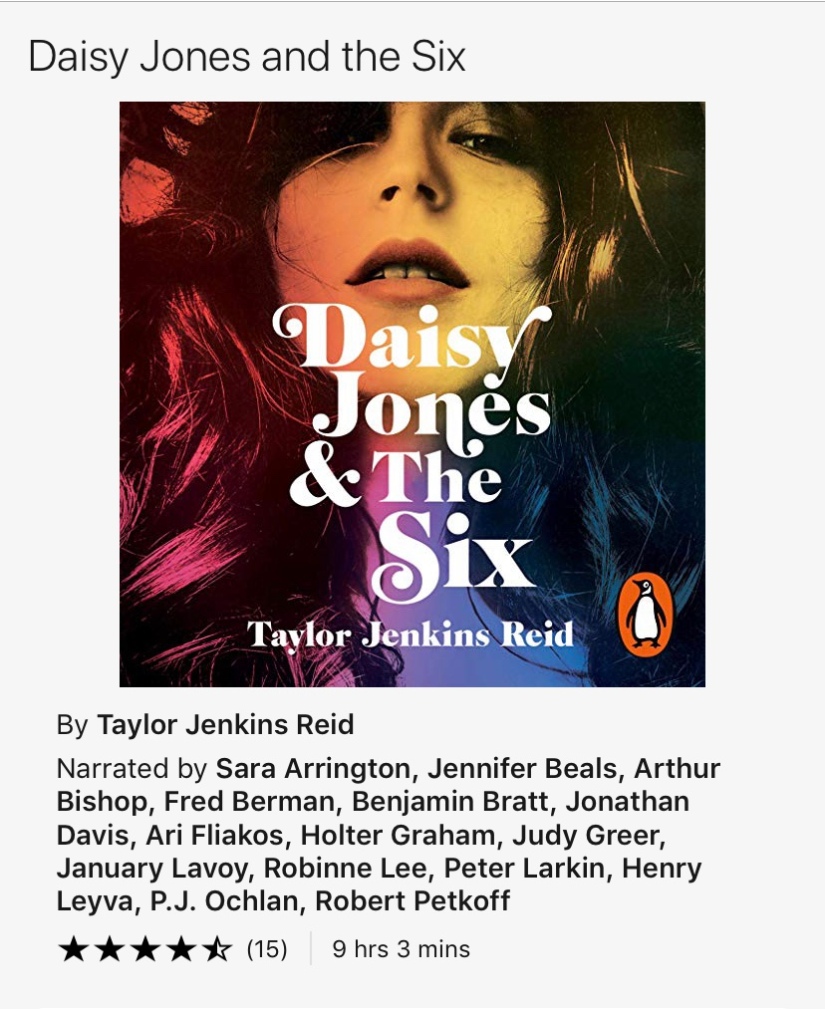 *Also because I’d had a lie in and it had made my body clock less inclined to want to go to sleep at 10pm. But mostly the book.

7 thoughts on “Book of the Week: Daisy Jones and The Six”