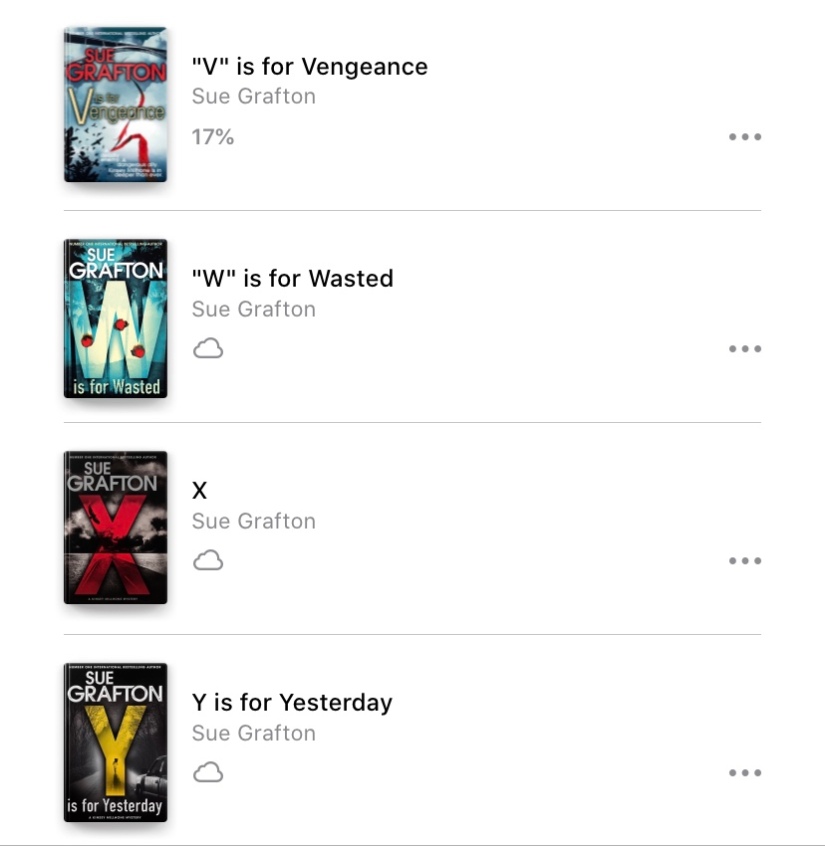 I still haven’t finished this series.  I love them – and I don’t want them to be over.  I’m slowly reading V for Vendetta – but trying to make it last because this really is a case where when it’s done, it’s done.  And I still haven’t found another series that does anything similar for me – I don’t like Katy Munger’s Casey Jones books anywhere near as much and I find it hard to work out what to search for when looking for similar books – Goodreads gives me Janet Evanovich (been there, read all those!), Dick Francis, a weird selection of older cozy crimes (mostly really quite hard to get even if they did appeal) and then books that have covers that look way too dark and violent for me.  Suggestions in the comments please – help a girl out. 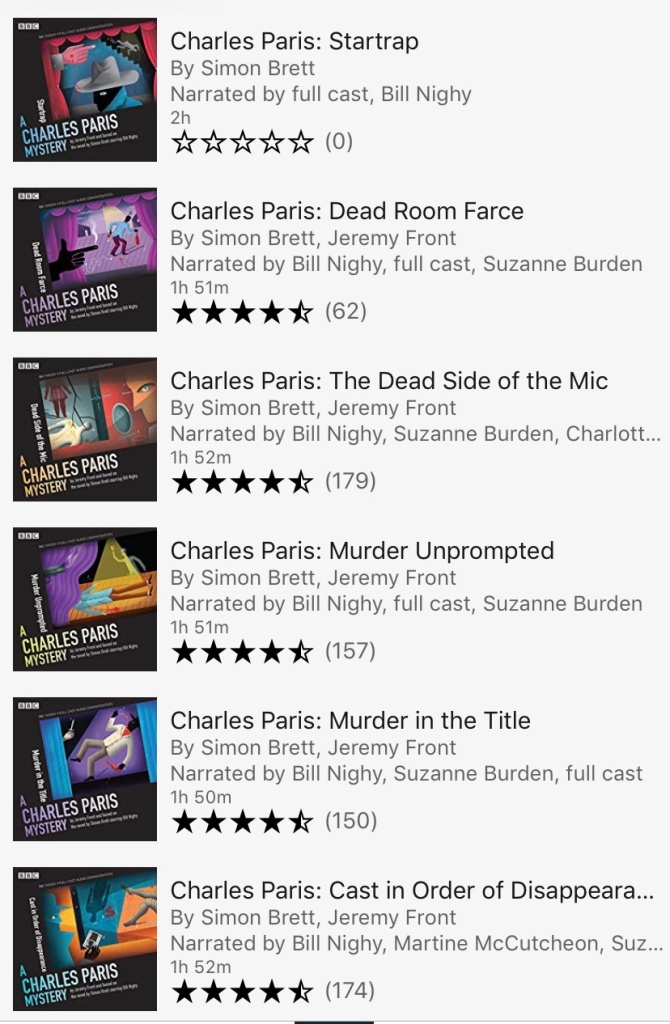 I’ve finished this series off now and listened to all the radio dramatisations too.  I find Charles such an engagingly flawed hero.  He never really learns or changes and you know he’s going to drink too much and mess it up with his (estranged) wife again, but he’s just so charming while he does it – especially when voiced by Bill Nighy.  I’ve started on another of Brett’s series now – Mrs Pargitter, but I don’t like them quite as much so I’m reading them a little bit slower than I did these.  And again – this is another case where I struggle to find anything similar, because I don’t know what I’m searching for.  The Flaxborough series are a similar vintage, but not similarly funny (and I’ve read them all anyway) and they’re cozy crime, but they’re comedy cozy crime. Again – suggestions in the comments, I need some more light relief!

Well.  Having glommed on Cat Sebastian last year, all I could really do was read her new books – and I’ve done that.  I mentioned last year that her first “traditional” m/f romance was due out in 2019 but A Duke in Disguise was more than that – yes it’s the first book that she’s done with a “traditional” male/female pairing, but to reduce this book to that is to underplay what Sebastian is trying to do. This is a clever subversive romance which doesn’t focus on the world of the ton (although they do appear and the nobility plays a role) with feisty, smart, sexually experienced heroine and a neurodiverse, virgin hero. Total catnip right? I hope it’ll tempt readers who haven’t yet read Sebastian because they “don’t do” LGTBQI+ romances to try Sebastian’s work and see what they’re missing out on.  It made it into my favourites of the year so far in June – you’ll have to wait and see if it’s made the end of year list – but it really was a cracker.  I’ve tried to expand my romance reading into more authors writing LGTBQI+ stories this year because I liked her novels so much and it’s been great.