A short and sweet BotW post this week.  I didn’t finish as much as I wanted last week – and some of what I finished was never going to be a contender for a slot here.  But the Cornish Coast Murder perked me up at the end of the week and snuck in under the wire. 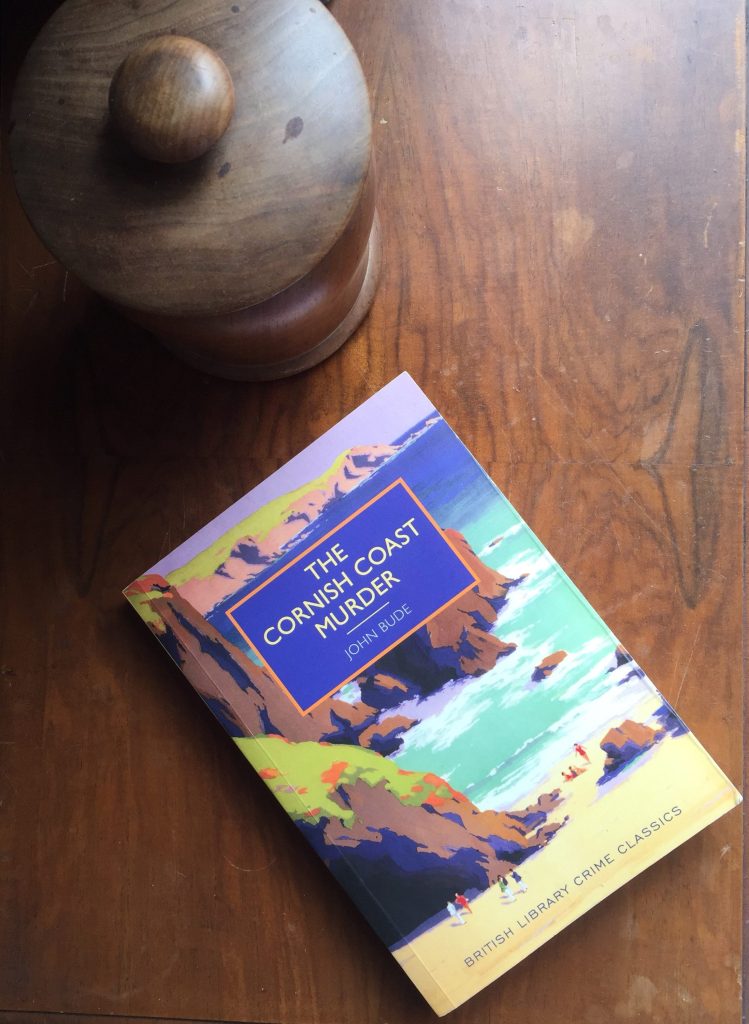 The Cornish Coast Murder sees an armchair murder mystery novel enthusiast with an actual real life crime on his doorstep.  Reverend Dodd and his friend Dr Pendrill meet up once a week to talk detective fiction and open their latest delivery from the library. But one night during their chat, a panicked phone call comes through from a neighbour, Ruth Tregarthen saying that her uncle has been shot.  There are no obvious clues and the police seem baffled so Reverend Dodd starts to help investigate the crime using his knowledge of crime fiction to help him.

This is the first in the Inspector Bigswell series – and the second John Bude* that I’ve read.  This is a nice fun read – but it’s not as complex or ingenious as some of the authors that Reverend Dodd reads with his friend.  I had a fair idea where it was going – and although I wasn’t entirely right it meant that I wasn’t as entirely gripped as I am with some similar books.  But this was Bude’s fist book so perhaps that’s not surprising that it’s not perfect – and certainly the other Bude I’ve read (the Sussex Downs Murder)* was more complex – although the solution to that is rather cliched now.  Anyway – it’s an enjoyable read and a if you’ve got an interest in Golden Age crime novels it’s well worth a look.

My copy of the Cornish Coast Murder was the rather pretty British Library Crime Classics edition – so you may well be able to find it in your local bookshop.  I’ve certainly seen them in various Waterstones.  The Kindle edition is free if you’re in Kindle Unlimited or it’s £2.99 to buy.

*Editors note:  I realised after I posted this that Sussex Downs was also a BotW – back in June last year.  I am nothing if not predictable!

1 thought on “Book of the Week: The Cornish Coast Murder”