It was very easy to pick this week’s BotW – I raced through Euny Hong’s the Birth of South Korean Cool and found it absolutely fascinating.  It had been on my to-read list for a while after I heard it recommended on one of the podcasts that I listen to – so long in fact that I can’t remember which podcast.  But where ever the recommendation came from – it was a really good one. 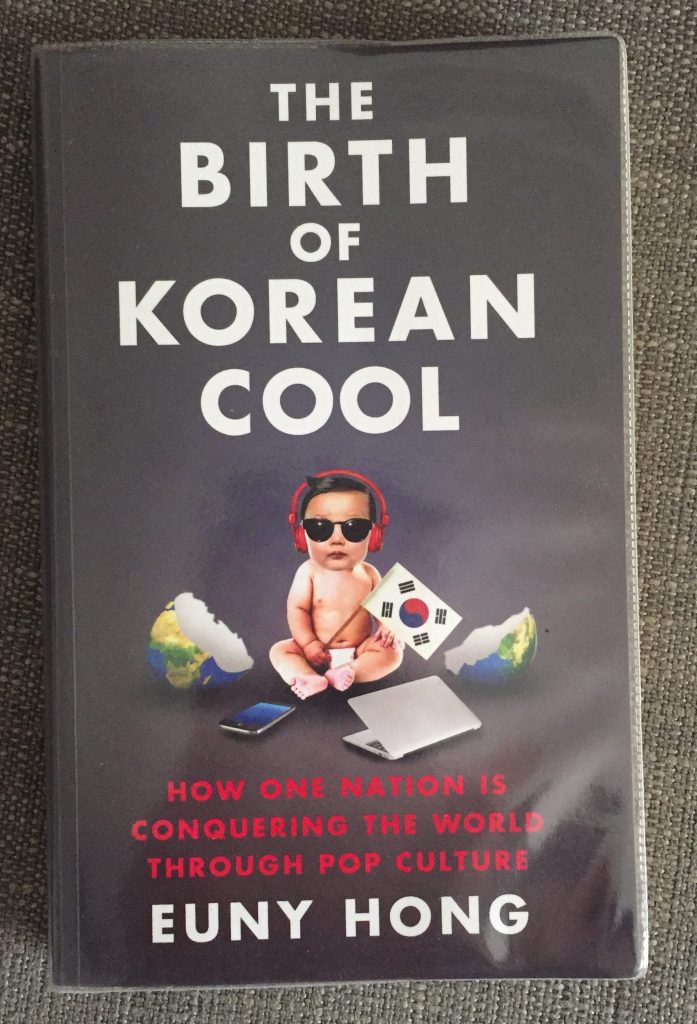 The book’s subtitle is “How one nation is conquering the world through pop culture” and that is exactly what the book sets out to prove – and it makes a compelling arguement.  Euny Hong moved to South Korea in 1985 when her father got a job at a South Korean university.  He and her mother had left 20 years previously to go to graduate school and, like many of their contemporaries had never gone back.  The South Korean government was trying to get them back as they worked on their plan to transform the country from a third world military dictatorship into a first world democracy.  Euny grew up as South Korea remade itself – on a scale that I really hadn’t quite comprehended.

Across chapters on schooling, han, kimchi, K-Pop, K-Drama and more, Hong looks at all the work and planning that went in behind the scenes and the (relatively) long game masterplan from the South Korean government to transform itself from the inside out.  First published in 2014, some of the details in this about the relationship with North Korea have obviously dated a little, but that is not the main focus of the book and doesn’t affect the central thesis so it didn’t cause me any problems.  I was staggered at the lengths and the risks and the investment that the government went to – I can’t imagine the British government doing anything similar – let alone the American one.  But it paid off – it is paying off – and now armed with all the information and background from this book I’ll be watching more closely to see how the Korean revolution continues to unfold.  I’m not a big pop music listener, but the Korean revolution has even got to me – I’ve been buying some Korean beauty products for a couple of years!

I got my copy secondhand because it seems to be out of print in the UK, so if you want a physical copy that may be your only option – unless you have an amazon.com account where they still seem to have stock.  It is available on Kindle and Kobo though – but it’s £9.99 at time of writing, so you might want to add it to your watch list and see if there’s any variation going on.  I’m off to try and find some K-pop playlists so I can match up the names in the book with some songs.