So it was my birthday last week and I treated myself to a few books, one of which was Deanna Raybourn’s latest book A Treacherous Curse. Regular readers will know that I’m a big fan of Ms Raybourn’s work – from Lady Julia, through her standalone books to this latest series so this BotW pick will be no surprise to you. 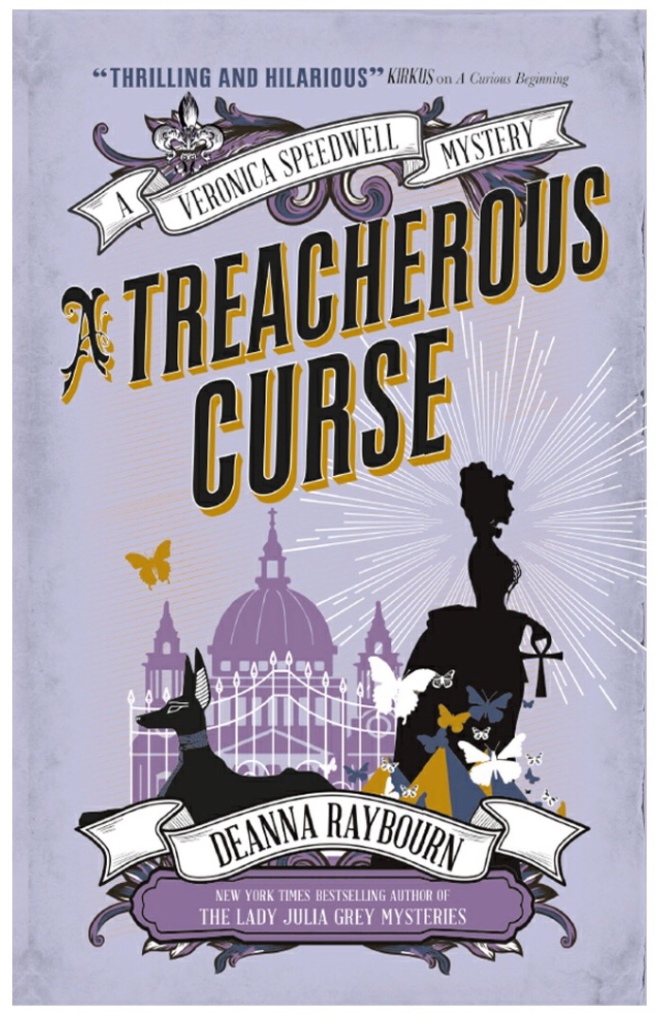 A Treacherous Curse is the third book in the Veronica Speedwell series and sees Veronica and Stoker investing an Egyptian-themed mystery. Stoker’s former expedition partner has disappeared along with a valuable artefact and Stoker is one of the prime suspects. Veronica is determined to clear his name and the two of them are drawn into a web of intrigue that includes an ill-fated excavation in the Valley of the Kings, an Egyptian god appearing on the streets of London and a disgruntled teenage girl.

Now as you know, I try not to give spoilers in my reviews and that means it’s quite hard to say anything more than that about this without giving away major plot points from the first two books in the series.  But this has interesting developments on the various ongoing plot points that are enough to leave you impatient for book four – which must be a year away given that this one has only just come out and is obviously a major disadvantage of reading a book as soon as it comes out!

There’s unresolved sexual tension galore, wise cracks, peril and moths. I also really like the Eypgtian connection in this – it tapped into some of the things that I love about the Amelia Peabody books.  And if you like Elizabeth Peters’s series and you’re not already reading Veronica’s adventures, then you should be.  But maybe start from the first book (A Curious Beginning) or you’ll get some serious plot spoilers from this.

I haven’t seen these in the supermarkets, but they are usually in the bigger bookshops and I’m sure Big Green Bookshop would be able to order a copy in for you. I bought my copy on Kindle but it’s available on Kobo too although the Kobo version was slightly more expensive at the time I wrote this.  There’s also a really good (and completely spoiler free) interview with Deanna Raybourn on this week’s Smart Bitches, Trashy Books podcast if you want to know more about the book (and the series) before you take the plunge.