This week’s BotW is Deanna Raybourn’s Silent on the Moor – which is the third in her Lady Julia series, and I think these best so far in that the pueblo it’s two books worth of serial tension and angst comes to the boil in the harsh and unforgiving setting of the Yorkshire Moors.

Lady J had invited herself to Nicholas Brisbane’s new house, which is not only in the middle of nowhere, but had some unexpected (to Julia at least) residents. There are secrets and tensions and grim discoveries and oh so much Gothicky drama. I hasn’t realised that this was what this series has been waiting for, but it totally was. And thinking about it – unconventional widows, gypsies, seers, eccentrics – should have screamed melodrama to me.

The solution to the book’s puzzles is suitably ghastly – with definite ick factor – but it’s so in keeping and well executed that it seems both perfect and obvious once you’ve read it. Do not let the horrible pink cover of my copy confuse you, is is not saccharine or run of the mill by the numbers romance.  There is romance (mostly of the will they won’t they kind) and there’s mystery, but Julia (although she makes mistakes) is not a too stupid to live heroine. You’ll jump to some of the same conclusions she does, albeit with a nagging voice in the back of your head that you’ve missed something somewhere that she doesn’t always have.

I know I keep mentioning books that are from series and then telling you to go back to the start first, but I really do mean it with this, you need two books worth of build up to get the full emotional whack from this. So good. And a catnip (as the Smart Bitches say) that I didn’t know I had! 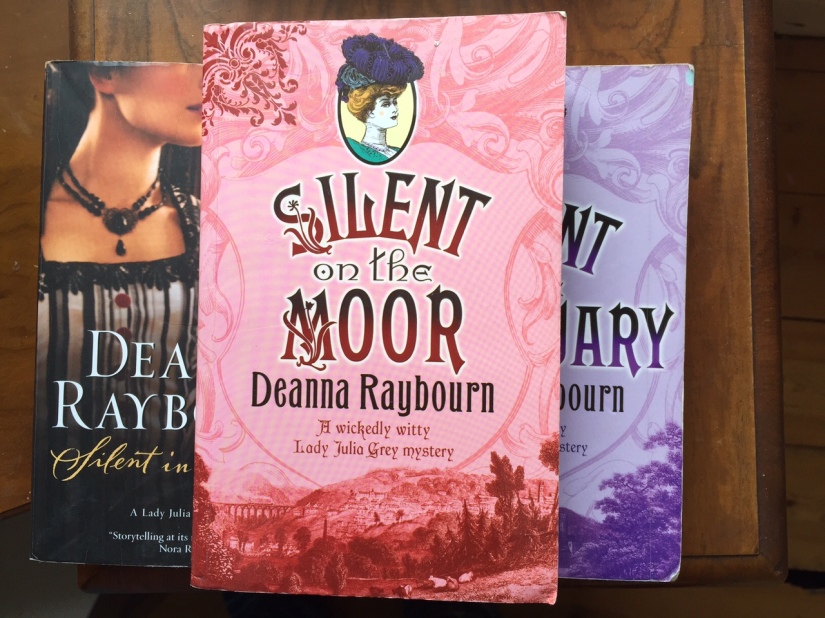