It’s definitely starting to feel distinctly wintery here, and I’m being drawn to books about sunnier climes to counter act the gloom of the days shortening and the lack of sunlight.  So this week’s BotW pick is one that took me away from the damp of a British late-autumn and to the warmth of Cuba – but don’t worry, this isn’t a sunny beach read. 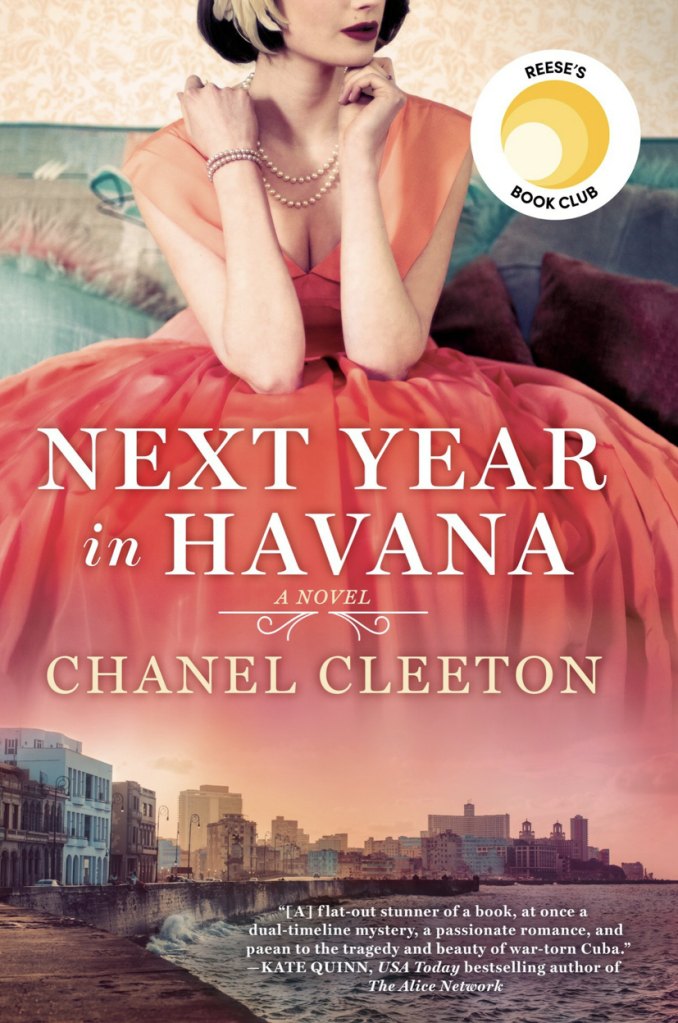 Marisol Ferrera is on her way to Cuba for the first time.  She’s grown up on stories of the land her grandmother was forced to flee. Now with the easing of travel restrictions for Americans, she’s on her way to the country she’s heard so much about ostensibly to write an article for tourists, but with her grandmother’s ashes hidden in her luggage to fulfil her dying wish to return home.  But Cuba has changed a lot in the 60 years that have passed, and there are family secrets waiting to be uncovered. Back in 1958 Elisa Perez was a debutante, the daughter of a sugar baron and sheltered from the unrest sweeping the nation.  But that all changes when she starts an affair with a revolutionary who is fighting alongside Fidel Castro.

I liked both women and I was swept away by Cuba – in both time lines.  I do love a bit of last-days-before-it-all-comes-crashing-down society sometimes – all that doomed glamour and obliviousness; but actually modern day Cuba was just as intriguing – a country held in stasis, where you had to know the right people and say the right things to get on or else survive by your own ingenuity and cunning.  Which ever way there’s a lot of personal risk involved.  I will admit that I was a little worried that there was no way for there to be a satisfactory resolution to Marisol’s story, but actually it really pulled it off. I finished the book really wanting to visit to Cuba – but even more conflicted about doing that than I had been previously.

We all know that I love a dual timeline novel and I’ve had a fancy to read this since I first first heard about it, which I think (like it often is) was when Chanel Cleeton was a guest on the Smart Bitches, Trashy Books podcast back on episode 284 in early 2018.  And yes, it’s taken me this long to get around to getting hold of a copy and reading it.  In between it’s become a Reese Witherspoon book club pick and was a Goodreads choice award nominee for historical fiction last year. And actually it pretty much lived up to the hype, which isn’t always the case with books like this and as my Goodreads reviews will attest.  It was a period of history I don’t really know a huge amount about – beyond having studies the Bay of Pigs and the Cuban Missile Crisis during GSCE history and it was nice to be swept up into a different era and a different culture – I’ve read a lot of European-set dual timeline novels (particularly recently) and it’s not often that I venture as close to the present day as the 1950s for novels like this so it was a refreshing change all around.

My copy of Next Year in Havana came from the library, but you can get hold of a copy on Kindle, Kobo or in paperback from somewhere like Book Depository.  I’m not sure how easy it will be to find in stores, Amazon say they can despatch it really quickly but Foyles say they can order it but it will take about a week, which makes me wonder if it’s an American import.  I’ve already got Cleeton’s next novel on hold at the library.