Well I’ve already told you about one book on this list, because as previously discussed last Week’s BotW was somewhat cheaty. But I’m not beating myself up because last week I also did quite a good job of reading some of the books from this month’s NetGalley list and we all know that I’m traditionally not great at that. However I have not a clue what I’m going to pick tomorrow because two of the books could be a BotW or feature in my summer reading list (still coming very soon I promise). It’s going to be one of those weeks where I just start writing and see what happens isn’t it?

The Guncle by Steven Rowley

Death and Croissants by Ian Moore*

Meet the Georgians by Robert Peal*

The Idea of You by Robinne Lee*

The Snake, the Crocodile and the Dog by Elizabeth Peters

The Lock in by Phoebe Luckhurst*

The Camelot Caper by Elizabeth Peters

Bonus photo: so this last week in the England was very much dominated by football. And for about 65 minutes on Sunday night it looked like football might be “coming home”. But as ever, it all went to penalties and ended in tears. But this week’s photo is a picture of Wembley stadium that I took from my speeding train on my way home from work on Friday night when there was still the hope that England mighty win a major tournament for the first time in 55 years. Only 18 months until the World Cup I guess… 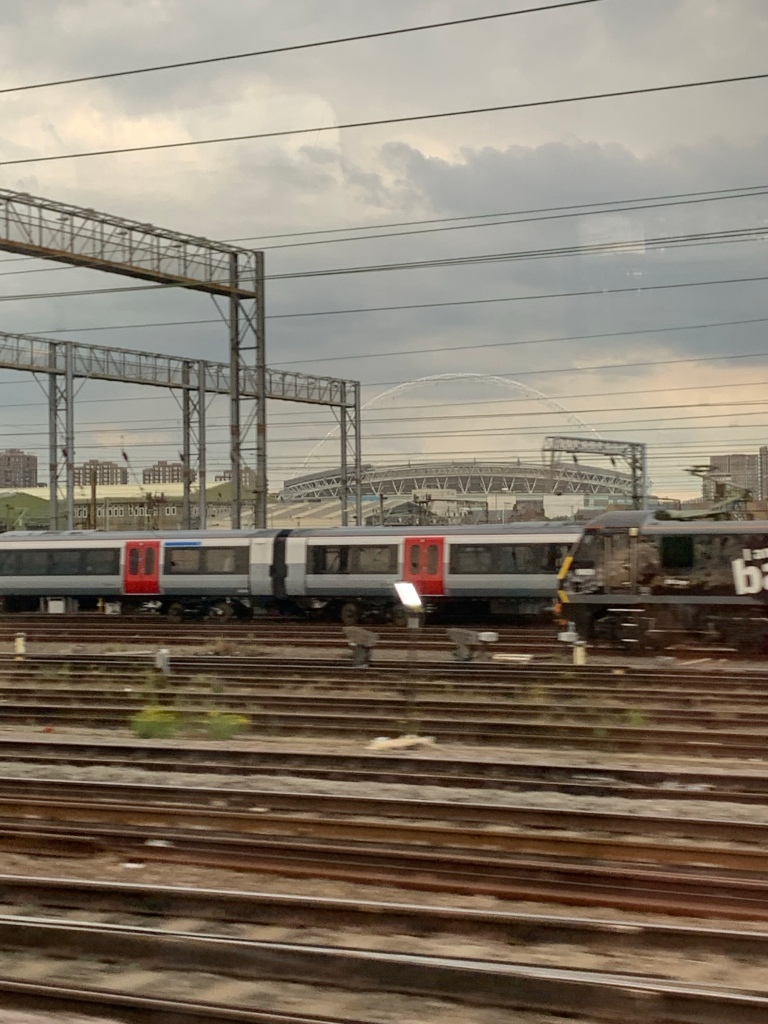