After a few weeks of crime or somewhat mystery-y picks, I’m back with some romance for this week’s Book of the Week – and the new novel by Courtney Milan, which is also the first in a new series from her. 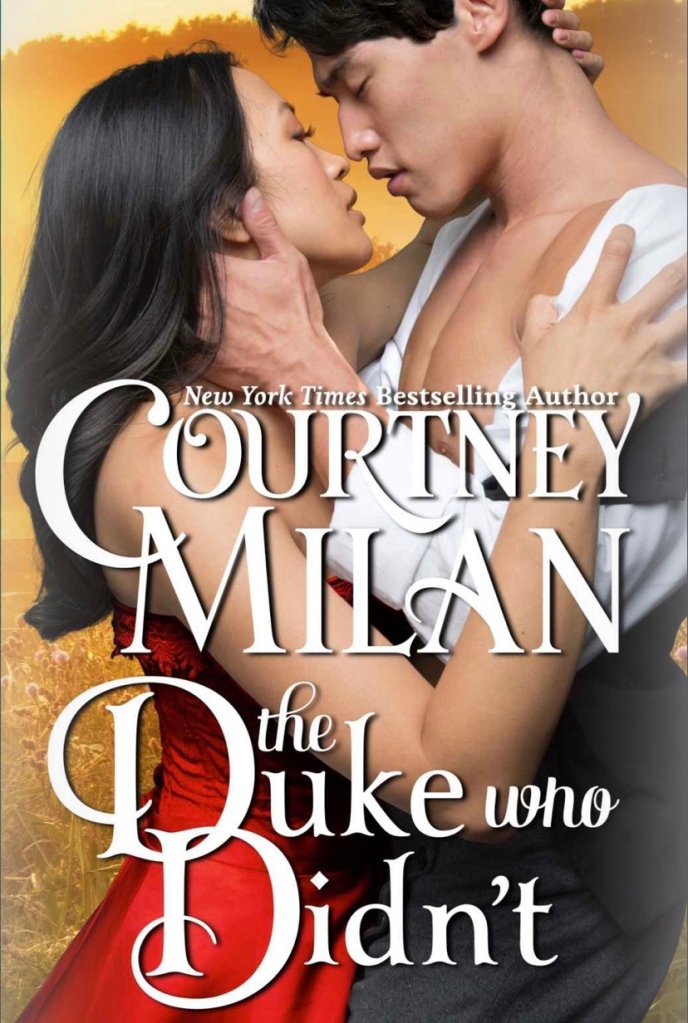 Chloe Fong is super organised. She lives by her lists, and hopes that one day she’ll have the perfect day and get everything done. And beyond the daily list, she has a big plan too and it’s helping her father launch his new business. Jeremy Wentworth has been visiting Chloe’s village since his early teens, but stopped a couple of years back after Chloe told him that for anything to happen between them he would have to get serious. It’s taken him some time, but he’s realised that he just can’t be serious – or at least not the sort of serious his family wants him to be. But he’s convinced he’s the right man for Chloe and he’s back to convince her – if she can just get past the fact that he’s never told her his real name, that he’s a duke and owns the whole village…

This is a historical small town romance, set across the course of a couple of days in 1899 that happen to be the busiest in the village’s entire year – and possibly of Chloe’s life. There is a big competition called the Wedgeford Trials and Chloe and her father are using the influx of visitors this year to launch their family’s new sauce. Prepare to feel really, really, hungry – because the food in this sounds delicious. And it’s also taking a subtly clever look at colonialism through food – which is interesting and very real: I was watching Nadyia’s latest TV show this very week and she was making a recipe with Tamarind paste in it and said that if you don’t have Tamarind paste, it’s in Brown Sauce – so just use that. If you’ve read the book, you’ll get even more from that story. I promise. So go read the book.

Courtney Milan is also doing a lot of fun things with tropes here too, because the plot summary (even in my version) sounds like the story is going to be really angsty, and it’s not. It’s a perfect read if you’re feeling stressed and uncertain about the world and want to escape into another reality – there are stakes, but it’s not going to stress you out; there are conflicts, but it’s not life or death. But that doesn’t mean that there isn’t anything going on. There’s plenty of plot, and character development – and also the set up for the Wedgford Trials of the series name – which are delightfully incomprehensible in the way that many British traditions are – even for Brits like me. Eg – in normal times, my village has an egg rolling race in the run up to Easter (I want to say on Palm Sunday but I can’t remember for sure), where you use a newspaper to hit a hardboiled egg along the road. Why did it start? I don’t know. Is there areligious meaning behind it? Probably, but I’ve forgotten. Is it fun – yes. Bingo.

My copy of The Duke Who Didn’t came from the author in return for an honest review, but it’s out now and available on Kindle and Kobo – and apparently in paperback, albeit with a very long leadtime.

4 thoughts on “Book of the Week: The Duke Who Didn’t”