So as mentioned yesterday, a bit of a strange week of reading last week, but today’s BotW pick was a real joy. And for the second week in a row, it’s a book that’s actually coming out in the next few days. So I am both timely and slightly ahead of the game. Make a note, it doesn’t happen often – and two weeks in a row is a real rarity! 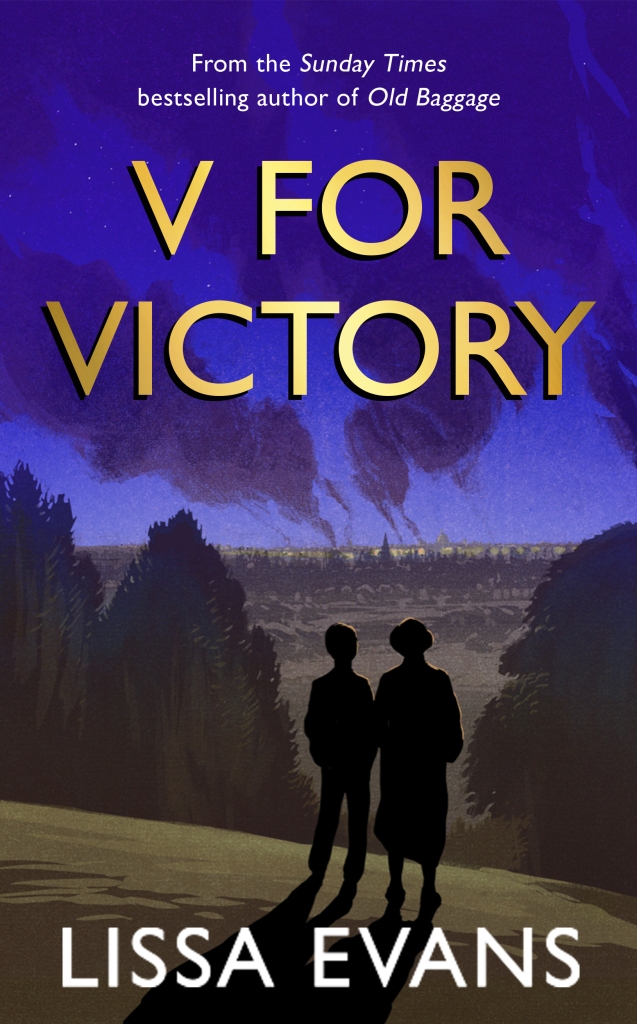 It’s 1944 and in their house on Hampstead Heath, Vee Sedge and her fifteen year old “ward” Noel are just about scraping by with a house full of lodgers selected for what they can teach Noel more than their ability to pay. When Vee witnesses a road accident and is called to court disaster beckons – as Vee is not actually the person she is pretending to be. As the household tries not to get its hopes up too far that the end of the war is in sight, Noel and Vee move towards a new future.

This is the third (and final?) book about this group of characters and ties together the story of Noel and Vee as we saw them in Crooked Heart, with Mattie from Old Baggage. I’ve written several different sentences to explain that fact and have settled on that slightly vague one as being the way not to give too much away about the other two. Now you could read this standalone, but you’ll get so much more from this if you’ve read the other two. And why wouldn’t you want to read the other two – Crooked Heart is Goodnight Mr Tom but if Mr Tom was the female equivalent of Private Walker and Old Baggage is about a feisty but ageing former suffragette looking for a new cause to fight for. Both were books of the week here, that’s how much Iiked them – and liked this to be coming back for a third mention!

V for Victory is funny and warm and moving and made me cry at the end. I mean what more could you want from a book? It also does really well at capturing the shades of grey of wartime – and of people in general. It’s just wonderful and a perfect read for a grey and miserable day. And we’ve had a few of those in the last week. I mean I’m writing this on the train to work, wearing welly boots and with a mac because it’s raining like it’s November in mid-August!

My copy of V for Victory came from NetGalley , but I’ll be buying a paperback once that comes out so I have the set. It’s out on Thursday in hardback (here’s a Foyles link), Kindle and Kobo. I still haven’t been into a bookshop in person, but I think that the last one was fairly easy to get hold of in bookstores, so I hope this will be too.

4 thoughts on “Book of the Week: V for Victory”