So I said yesterday that I had a slumpy week of reading, but actually I started the week with a really good new romance by Farrah Rochon, so that was an easy choice for my pick today! And after two weeks of books aimed at young readers, I can confirm that this one is definitely for the grownups! 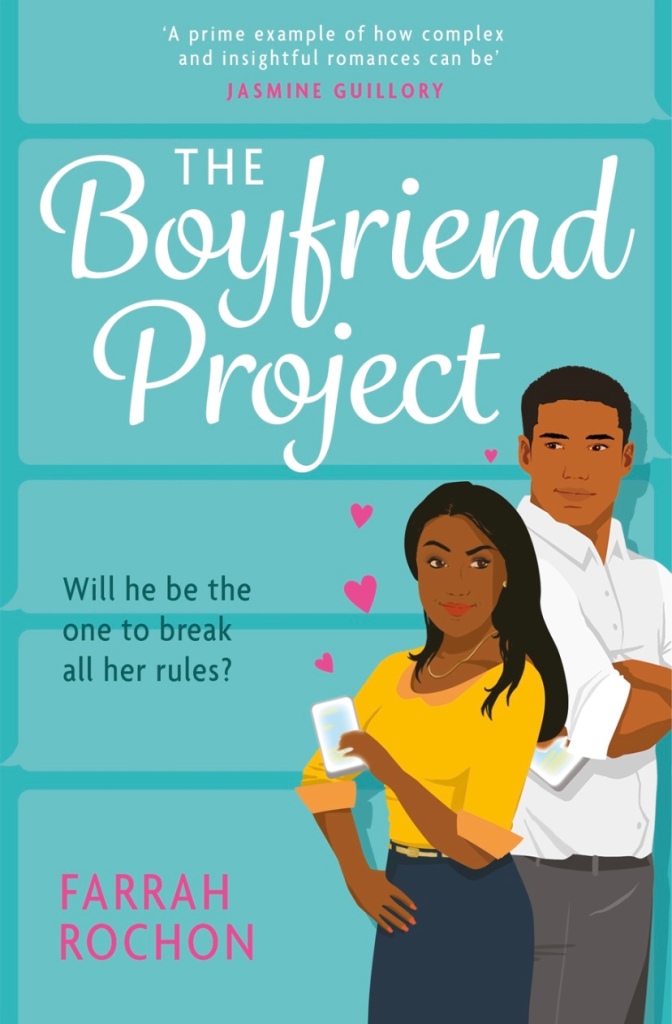 Samiah Brooks is about to go out on a date, when someone live tweeting a horrific date reveals that she’s being cheated on – and not just two-timed, but three-timed. When she and the other two women confront the catfisher in a restaurant, they end up going viral. But Samiah also gains two new friends and they make a pact to spend the next six months focussing on themselves and not on men. Samiah’s big goal in putting herself first is to work on the app that she has been dreaming of creating, but hasn’t had time to do. But her resolve is soon tested by the new guy who has joined the tech company she works at. Daniel Collins is smart and funny and attractive – but Samiah can’t help feeling that he might be too good to be true.

I thought this was lots and lots of fun. As a reader, you know what is going on with Daniel from very early on and it’s a nice suspense-y subplot to the romance. I was somewhat concerned about how that subplot was going to impact on the happy ending – there was definitely a point when I was worried that there wasn’t a way to get to a satisfying resolution, but it actually all worked out really quite nicely. And if you like competency porn in your romance heroines this is one for you: Samiah is incredibly good at her job and also very upfront about the challenges and barriers to black women in tech. Oh and Daniel is pretty smart too…

This is the first in a series – I’m assuming Samiah’s other two friends will be the other heroines in the series and I am totally here for that. One of them is a surgeon, the other is running her own exercise business and the setups for both of them in this book is great. I love a strong group of female friends in a book – and I also love that they seem to be making a resurgence in romances. If you read and enjoyed Tracey Livesay’s Sweet Talkin’ Lover (maybe after I recommended it!) and the group of friends that that has, this has a similarly supportive and fun group. I preordered this (only a few days before publication but it still counts!) after hearing Farrah Rochon talking about it on Smart Podcast, Trashy Books last week – and that’s well worth a listen too if you need something to listen to on your daily exercise.

I’ve mentioned several times now that I’m focusing on reading black authors at the moment, and if you are too – maybe you’re taking part in the #blackpublishingpower week that Amistad publishing came up with, which is asking people to buy two books by black authors this week, then this would be a great pick for you. It came out last week and is a bargainous £1.99 in Kindle and Kobo. It’s also available in paperback – but I suspect it’s an import type of deal if you’re in the UK, rather than something you’ll be able to pick up at your newly reopened local bookshop.

4 thoughts on “Book of the Week: The Boyfriend Project”