Had a lovely chat with my book club friends over Zoom yesterday afternoon, which really perked me up. Also the weather was glorious on Saturday so I spent a lot of that out reading in the hammock. So that all made up for anything else that had gone wrong in the week. In case you missed them, I wrote about VE Day 75 and the Rivers of London books last week, as well as all my usual stuff, like Mini Reviews from April.

Defy and Defend by Gail Carriger

The Body in the Garden by Katharine Schellman

The Smart Women’s Guide to Murder by Victoria Dowd*

A Springtime Affair by Katie Fforde*

The Cuckoos of Batch Magna by Peter Maughan

The Rise of the Rocket Girls by Nathalia Holt

The Invisible Library by Genevieve Cogman

Still not counting, but several books have been incoming this week.

Bonus photo: Bank Holiday Saturday sky, as seem from the hammock in the garden 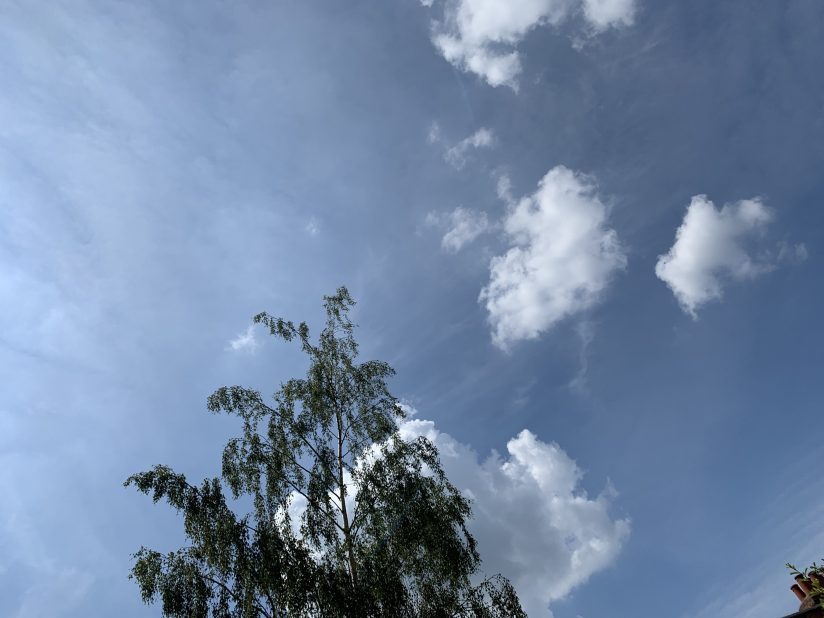