Lots of bonus posts last week – you can catch up  here, here and here. But I can also confirm, I have the lurgy. This is not a drill. A week of earlies on top of the end of the election campaign and I got to my day off and got ill. So unfair. But I’m not the only one. My only hope is that it’ll be gone in time for Christmas. It’s feeling a bit forlorn at the moment though I have to say.

Upon the Midnight Clear by Tasha Alexander

Christmas Secrets by the Sea by Jane Lovering

The Crime at Black Dudley by Margery Allingham

The Blood Card by Ellie Griffiths

Ghosts of Painting Past by Sybil Johnson

The Art of Theft by Sherry Thomas

Bonus photos: some filming in Fitzroy Square on Thursday afternoon. 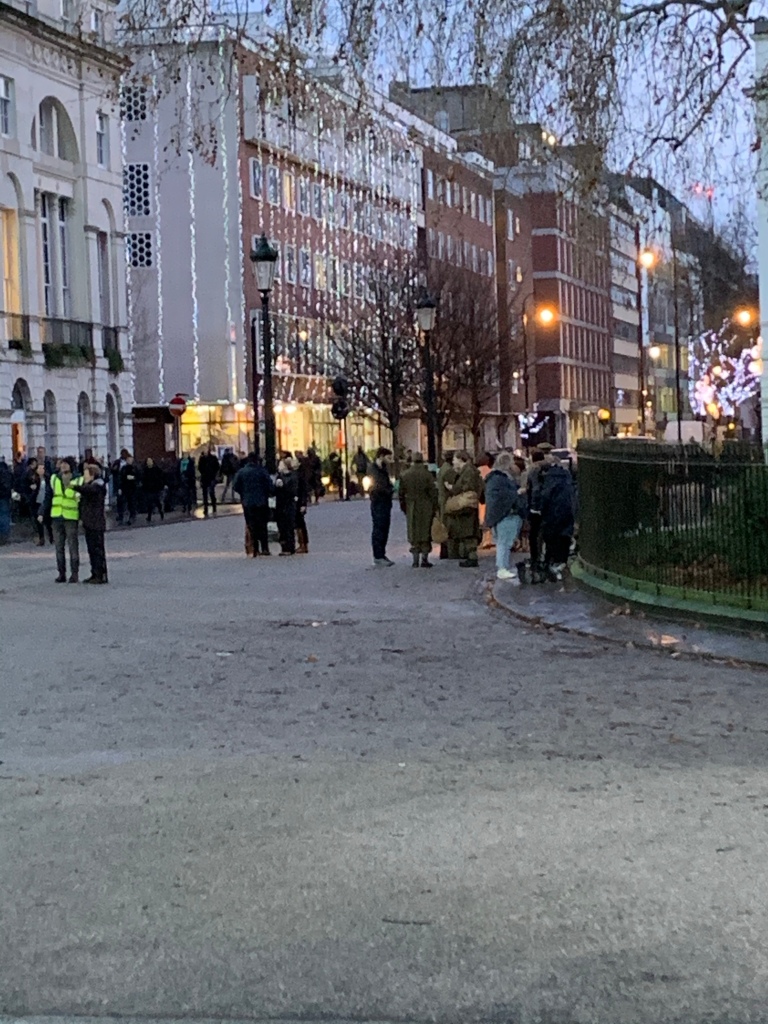