Another bonus post for you today – there’s a new series of the Crown out on Netflix this week and there’s been a rush of romances about royalty recently (gee, I wonder why) – a lot of which I seem to have read – so I thought I’d round up a few for you here – new and old.

The Princess Plan by Julia London

This came out yesterday (in the UK at least) and is a historical romance which sees a prince and a commoner team up to solve a murder mystery. Prince Sebastian of Alucia is in Britain for trade talks when his private secretary (and friend) is murdered after a ball.  Eliza Tricklebank helps write a popular gossip sheet and receives a tip off about who committed the crime.  She is probably the only person in the country who doesn’t really care about Sebastian’s rank (for Reasons).  Soon the two of them are investigating what happened – with Eliza digging in the places Sebastian can’t go, while he investigates at court. And as they work together, they develop feelings for each other – but how can a prince marry a nobody – a spinster firmly on the shelf and with a scandal in her past? You know they’ll find a way! I read a lot of historicals – but not many that involve royalty – and this is really quite fun. The mystery is twisty and although I had the culprit worked out very early on, I didn’t work out how they were going to fix the Happily Ever After.  Lots of fun and it’s the first in a series. I had an advance copy from NetGalley, but the ebook for this looks like it’s on offer here this week for release – it’s £2.99 Kindle and Kobo at the moment.

Alex Claremont-Diaz is the First Son of the United States.  Prince Henry is, well a British Prince.  They hate each other, right until they don’t (hello enemies to lovers trope again) and then there’s a whole lot of secrecy and new problems to deal with. This is a lot of fun while you’re reading it – it rattles along so fast that you don’t get a chance to analyse or dissect the backstory and set up too much. I don’t read a lot of New Adult because usually it’s too angsty and drama-filled for me, but in this most of the drama and angst is external to the couple which worked well. And by the end I wanted the ending to be true in real life. Just don’t think too hard about it all or it all falls apart! Luckily it rattles on at enough speed that you don’t have time to think about it too much – a bit like the Royal Spyness series – and try not to over think it afterwards! This one is new and expensive – Kindle and Kobo are in the £7-£8 bracket at the moment, and the physical version even more.
The Runaway Princess by Hester Browne 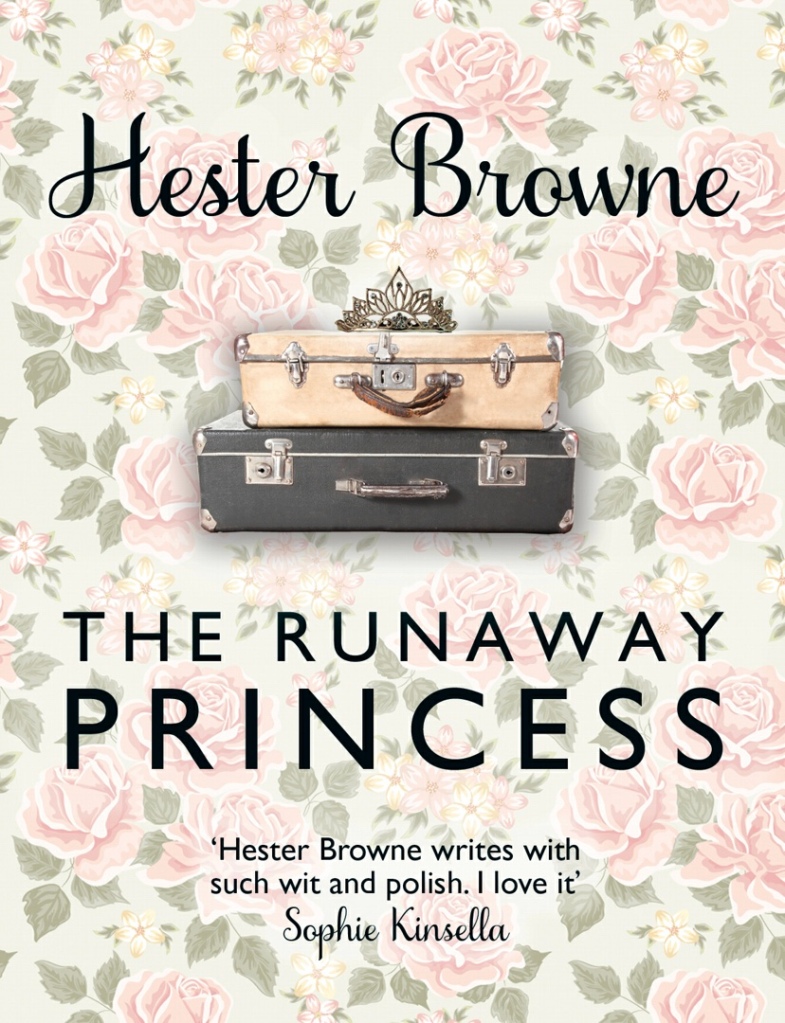 An older pick now – I read this five years ago, but it actually came out in 2012.  The title is something of a spoiler, but hey, I’ll try and not give too much away. Amy is a gardner, not a social butterfly, but when a drunk European prince crashes her friend’s party, she falls for Leo the guy who helps her sort the mess out.  But Leo and Amy’s lives are very different and soon Amy’s trying to decide if he’s worth the changes and problems that life with him would bring This is a fun, easy, romantic read with likeable characters and a lovely (if a perhaps a little bit underdeveloped male lead). It’s a modern princess story – but with a leading lady that’s not as polished and perfect as Kate Middleton (remember this came out in the year of the First Royal Wedding, not the Harry and Meghan era). Amy has some skeletons in her closet – and to be honest I’m surprised they didn’t come out sooner when the press started sniffing around. I had pretty much worked out what had happened (I’m being vague because I don’t want to give it away) but the resolution to that strand of the story was more inventive than I expected. Oh and the Kindle and Kobo editions are £1.99 at the moment.  A win all around. 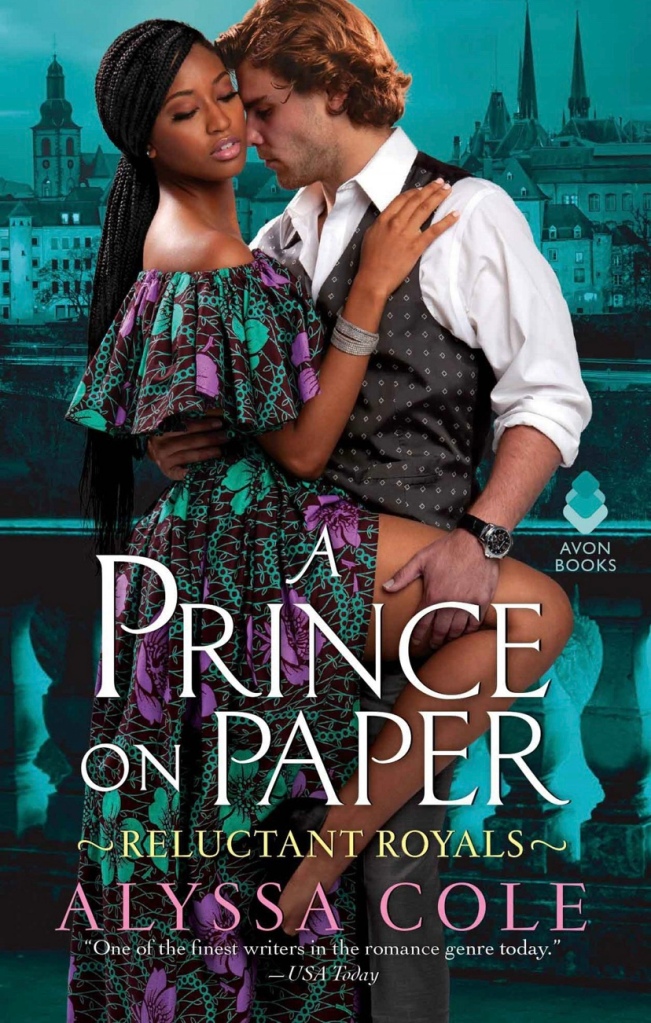 And I couldn’t let this post go by without reminding you of the Reluctant Royals.  I’ve reviewed Alyssa Cole a lot in recent years and two of this series have already been Book of the Weeks – A Princess in Theory and the novella Can’t Escape Love – but if you haven’t already checked out this series, they’re well worth a look.   The last in the series, A Prince on Paper, features a Playboy prince (or so we think) and a woman trying to find out who she is after discovering that her father has betrayed her. I had a few quibbles with how it all resolved itself (it seemed to easy) but absolutely raced through this the day that it came out – which says pretty much all you need to know about it! A Princess in Theory is £1.99 at the moment on Kindle and Kobo – but they’re all under £3 – and there are three novels and two novellas. Cole’s new series, Runaway Royals, starts next year with How To Catch A Queen and I’m looking forward to it already.

So there you have it – the best of my recent royal-themed reading and some older picks too.  If you’ve got some more recommendations for me, leave them in the comments!