So many good books on holiday last week. And if all goes to plan, you’re going to be hearing a about a lot of them. Just as soon as I have time to read a few more books and write the posts. But I’ve got it all planned out in my head. Trust me. Ahem.  Anyway, this week’s pick is Jim Henson: The Biography, Brian Jay Jones’s look at the life of the innovative puppeteer, animator and filmmaker. 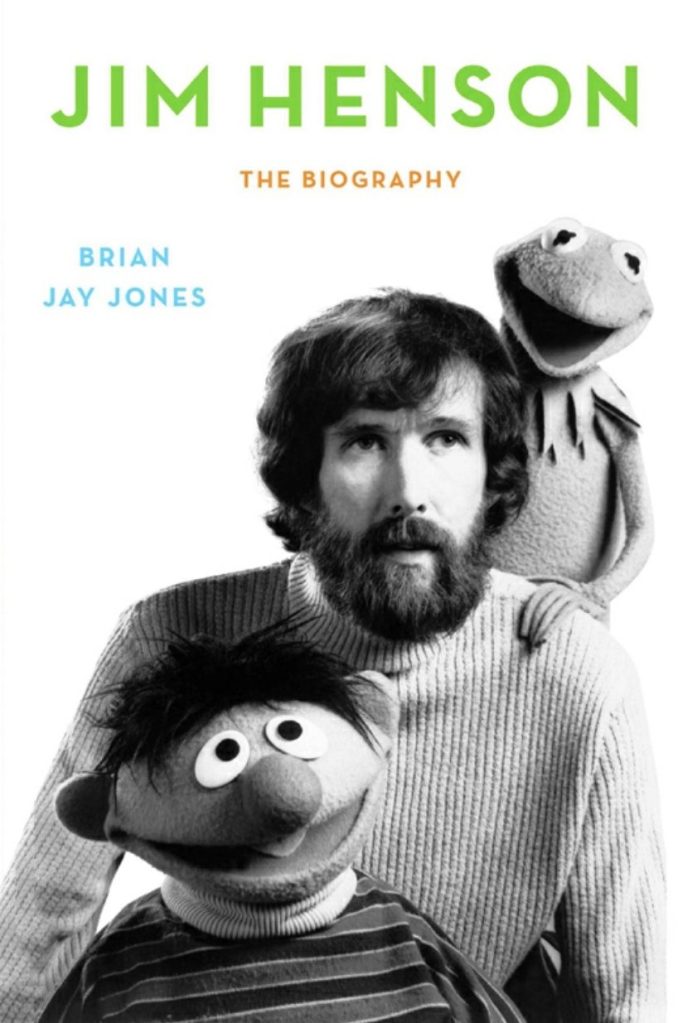 If you don’t know who Jim Henson is, I think you must have been living under a rock, or just not paying attention. Henson was the creator of the Muppets and the puppet characters on Sesame Street. Exactly. I think everyone has grown up with Bert and Ernie, Elmo, Big Bird and of course Kermit and Miss Piggy. This is a big, in-depth look at the man behind the puppets and what drove him.

Going in to reading this, I knew about the Muppets, and I knew he died in the early 90s – there’s a dedication to him at the end of the Muppet Christmas Carol, which is of course one of the all-time great children’s Christmas films – but that was about it. It turns out that he (and his creations) were a TV sensation in his local area before he was out of his teens, he was hugely affected by the early death of his younger brother which lead to a breakneck work ethic, but who also was devoted to being a good dad to his five kids. It’s really a remarkable life.

This book came out in 2013* and Brian Jay Jones had the cooperation of the Henson family, access to all the archives and interviewed all the key players. It was the first full length biography of Henson and Frank Oz (aka Miss Piggy aka Yoda) said that it captured Henson’s genius and his flaws. And I found that very true – it’s not a hagiography. You get a real sense of the amazing mind and vision that Henson had, but also that he must have been a difficult man to live with at times – and definitely a difficult person to manage!

It’s a fascinating read not just because it’s about a great subject but because it’s really well written. Jones has since written biographies of George Lucas and Dr Seuss and even though I’m not hugely interested in either of those men, I enjoyed this so much I would probably still borrow them from the library or buy them in a kindle daily deal just because this was so well researched, thoughtful and readable.

My copy of Jim Henson came from the library but it’s available on Kindle, Kobo and Audible and in paperback and hardback – although mostly via secondhand sellers and coming in from the US.

*and I’ve had it on my to-read list since seeing Brian Jay Jones interviewed on the Daily Show soon after it came out, which tells you a lot about how long it’s taken me to get around to getting hold of a copy – thank you library!

4 thoughts on “Book of the Week: Jim Henson”