I really enjoyed my reading last week – writing the Diverse Romance post sent me off down a rabbit hole of library loans and kindle bargains and mailing list freebies and they all really lifted my mood.  So it’s fitting that one of the authors I mentioned in that is my pick this week for BotW. 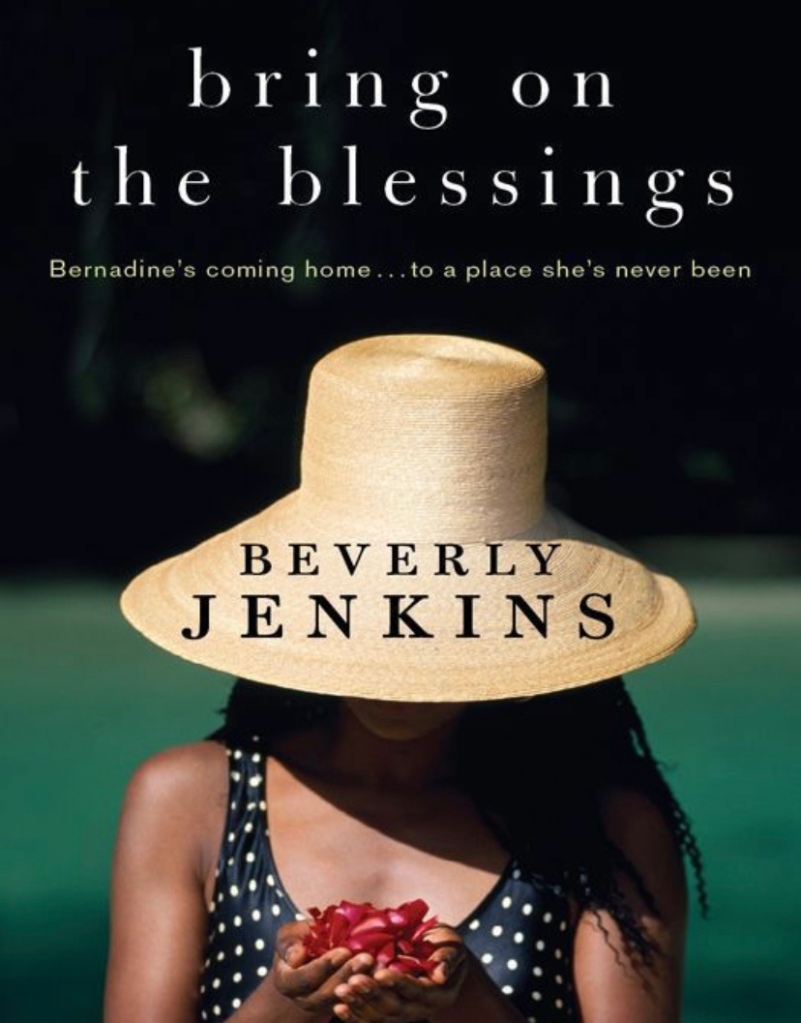 Bring on the Blessings is the first in Beverly Jenkins’ Blessings series.  It tells the story of Bernadine Brown who, when she  catches her husband cheating on her on her fifty-second birthday, takes him for half of his (vast) fortune and uses it to buy a struggling town on ebay with a view to turning it to give foster kids a second chance at life.  This story introduces you to Bernadine, the historic black township of Henry Adams, Kansas, and its residents.  Bernadine is trying to pay back her blessing from God (the cash from her divorce settlement) by doing some good and paying it forward and giving back is the main theme of a lot of the storylines.    As well as Bernadine, there are five foster children from across the country and the families that are going to look after them, as well as various other town residents.

First thing to say: This is not a romance.  It has romantic elements, but there is no Happily Ever After for anyone at the end of Bring on the Blessings. What it does have is the set up and first phase of an overarching plot for the series and some incremental progress into resolutions for each of the story threads. I’ve struggled a little bit to figure out exactly which genre it fits in to to be honest, but Goodreads lists its as Romance, Fiction and Christian Fiction and Amazon lists it as Small Town and Rural Fiction, African American Fiction and African American Romance, all of which gives you a bit of a flavour of what is going on.

I absolutely raced through this. The characters are engaging, the plot has enough peril to keep you reading but without being stressful. And I think possibly the cleverest thing about this is the way it weaves all its messages together in a way that doesn’t become overpoweringly About The Message.  It may be more overtly religious than most of my reading, but it’s not saccharine or too preachy.  It’s also got a wry sense of humour tucked in there as well. I mentioned in my post last week that Miss Bev is a giant of the romance genre and this totally shows why. Addictive reading that suits the romance reader in me, but which isn’t wholly romance.  It’s sort of like a whole load of the subplots from a romance novel bundled themselves together into a book.  And that’s a good thing. I went straight on from book one to book two (thank you library) which says a lot about how much I was enjoying life in Henry Adams – and how keen I was to find out what would happen next – and I would have gone on to book three, but then I got distracted…

I borrowed my copy of Bring on the Blessings from the library, but it is available on Kindle, Kobo and in paperback in the UK – although I suspect the latter may be a special order job.

2 thoughts on “Book of the Week: Bring on the Blessings”