Another week gone and we’re nearly at Christmas and the end of the year. I’m way behind on Christmas this year: on present shopping, on decorating, on festive reading. I feel like I’ve dropped a few baubles this year. Hey ho. One thing I can do is a pick my favourite book of last week – Roxane Gay’s Bad Feminist – although I can’t promise that this will be the longest post ever! 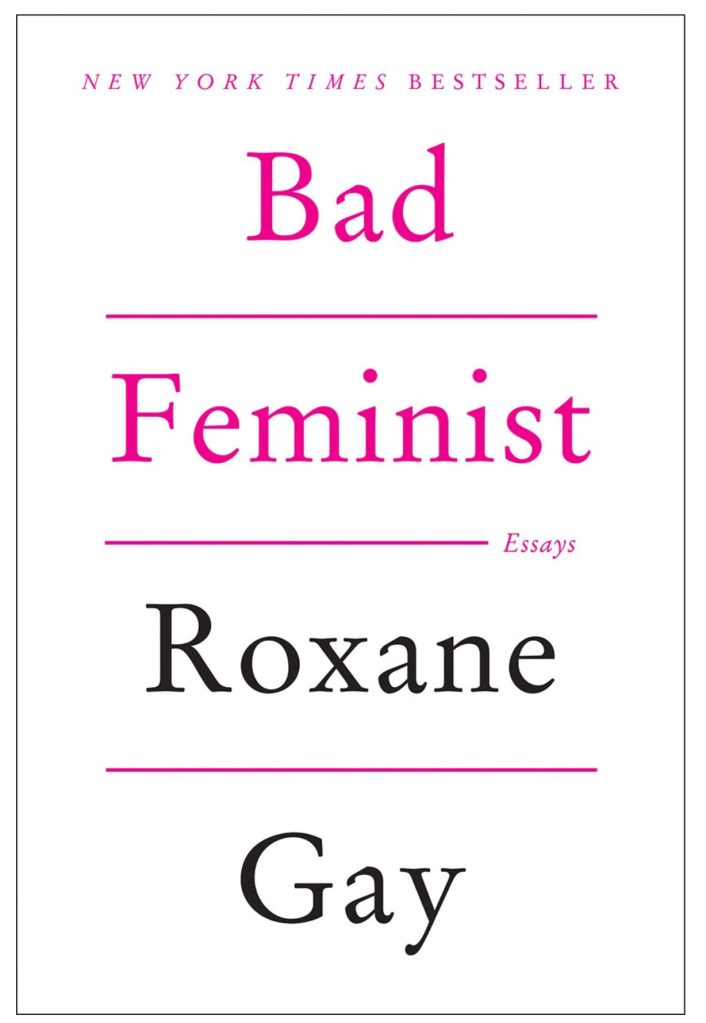 Bad Feminist is a series of essays that sets out Ms Gay’s views on gender and race and why it’s ok to have messy, complicated views on issues. It is broad ranging in topics – which include the way that women’s bodies are viewed through to 50 Shades of Grey via competitive Scrabble tournaments. First published in 2014, a few things have changed since Bad Feminist came out – it is pre #MeTop, from before Donald Trump was elected president and before Bill Cosby was jailed. But that’s ok because there’s a lot here for you to think about and even the bits that feel a bit dated* give you pause for thought. It can make you hoot with laughter and it will make you cry.

I had heard a lot about this book, and indeed it’s been on my list of books to read for a long time, but due to the size of the pile and my attempts not to spend too much money on books, it’s taken a while to get to this. I read Ms Gay’s short story collection first in fact, because a review copy came my way. I follow her on twitter and I knew going in that I don’t always agree with her, but that she always has something worth listening to and considering whether you need to adjust your opinions. And as expected, I didn’t agree with everything, but it gave me a lot of things to consider and insight on life experiences that are different from my own and that is always worth having.

My copy of Bad Feminist came from the library but it’s also available fairly easily from the shops and as an ebook in Kindle and Kobo.

* I know, how can something only four years old feel out of date? Ladies and gentlemen, I give you the American political news cycle. I have recently had first hand experience of it and can testify that it’s really something and can chew a story up and spit it out in a remarkably rapid period.