And I just can’t help myself.  For the second time in three weeks, my BotW is a Sherlock Holmes-related novel: Brittany Cavalaro’s A Study in Charlotte.  But this time it’s Modern Sherlock descendants at a New England Boarding School so it is Completely Different from Sherry Thomas’s A Study in Scarlet Women. Even if the titles would lead you to think otherwise.  Honestly.  It really is.  Let me prove it to you… 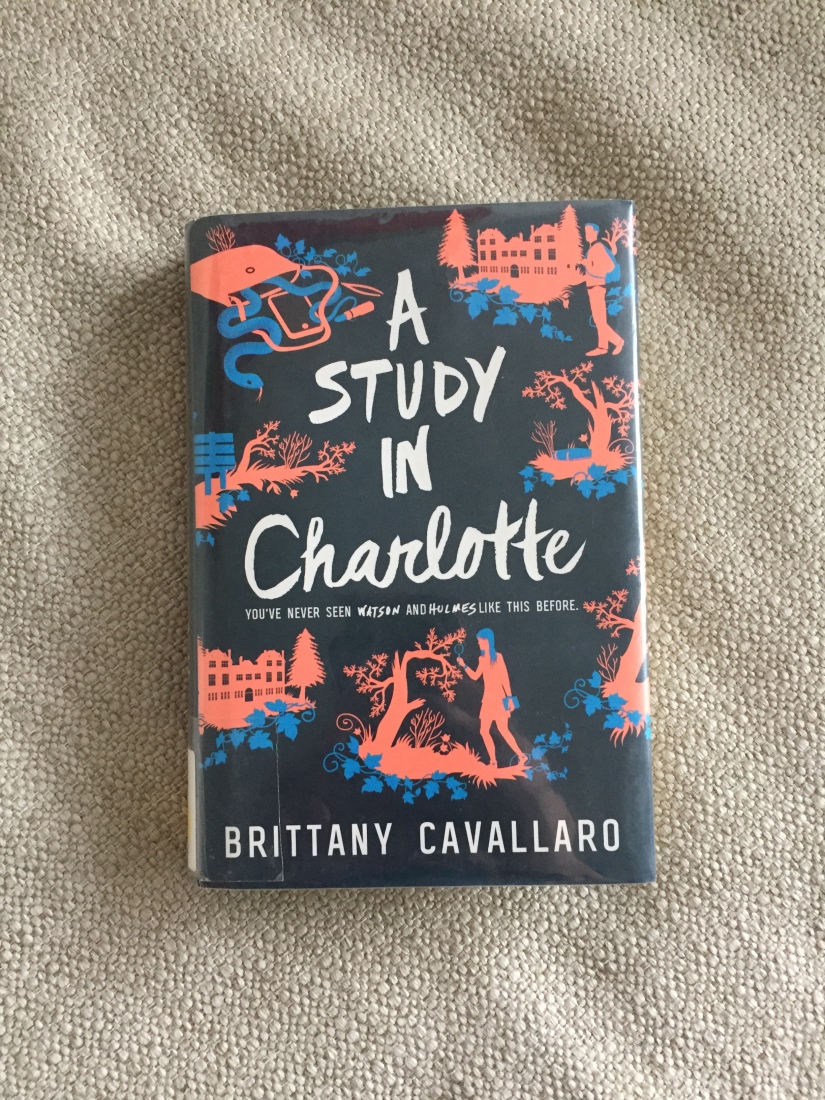 Jamie Watson has won a rugby scholarship to a prep school in Connecticut.  He isn’t happy about it – not only doesn’t he want to leave London, he doesn’t really like rugby and the last thing he wants is to be closer to his dad and his step-family.  The only bright spot in this whole situation is that Charlotte Holmes also attends the school.  The Holmeses and the Watsons have been intertwined for generations – every since Sherlock solved mysteries and Watson wrote them down.  But Charlotte seems like more trouble than Jamie can (or should) handle:  she arrived at the school in mysterious circumstances, she runs a poker game at weekends and is rumoured to have a drug problem.  But the thing is, the two of them seem drawn to each other nonetheless.  Then a student is killed.  And not just any student – one who Watson had a very public fight with after he hassled Charlotte. And Holmes and Watson are being framed for the crime.  Charlotte may be the only person who can solve the case – but by investigating it may put them in the wrong place at the wrong time and make things even worse for them.

This is exactly my sort of YA.  There’s drama and peril and some angst here, but it’s not end-of-the-world or dystopian or bleak.  There’s school stuff and a mystery, but the issues are slightly more adult (drug addiction, sexual assault, stalkers) than you get in middle grade school stories and mysteries.  Jamie and Charlotte are incredibly engaging characters – and once again I had fun watching and seeing how Cavallaro had woven in the Sherlock-lore into her modern day characters.

I’ve actually had this on my reading wishlist for a while – Goodreads tells me I shelved this in November 2016 – but it’s not available in Kindle in the UK and it hadn’t come my way at the library or in the bookshops.  Or at least not at a point when I remembered to look for it anyway.  Luckily I found it in the library near my flat in the US and it was part of my marathon library book binge last week.  There are two more books in the series that have already come out and a fourth installment due in 2019.  I’m going to be be making proper efforts to get hold of them.  I might add the next one to my Christmas list…

You can get a copy of A Study in Charlotte in hardback or paperback from Amazon, but I’ve had trouble finding it for sale on any other UK-based vendors.  Which is a real shame because it is really very good.  But if you’re heading to the US anytime soon, put it on your to-buy list!

12 thoughts on “Book of the Week: A Study in Charlotte”