I treated myself to this the day before my flight, and what greater treat to read for part of my flight (I slept and watched two documentary films* too) than the first Daisy Dalrymple book in quite a while. Long term reader may remember my long time love of Daisy – which has spawned my (mostly unsuccessful) quest for more similar sort of mysteries. 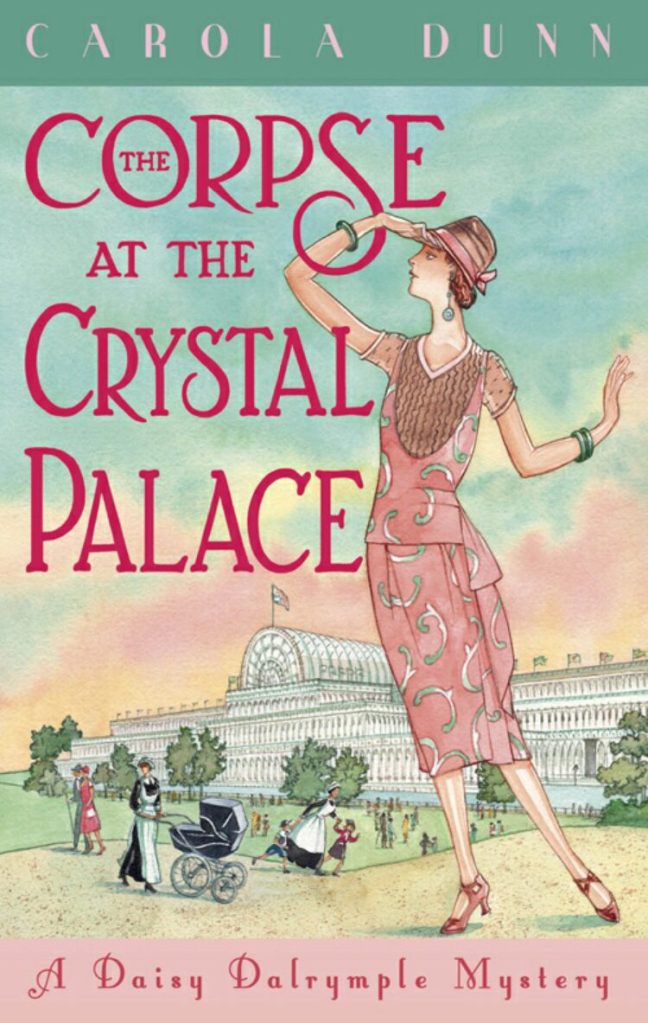 We rejoin Daisy and her family as they prepare for a visit from the long lost relatives she discovered in a previous book (Heirs of the Body). As part of the visit they make a trip to the Crystal Palace, where they stumble upon a body. Of course Daisy can’t help but get involved in the investigation. Over the course of the investigation there’s nightclubs, showgirls and Russian emigrés. Meanwhile in the background there’s a chance of a promotion for Alec. Can Daisy solve the crime? And is Alec ready for a new job?

It’s always nice to be back in Daisy’s world and this is particularly fun because there’s a lot of familiar faces showing up here from earlier books, some of whom we haven’t seen for a really long time. It’s not my favourite book in the series, but that was mostly because I wanted a bit more from the actual mystery. But as far as historical cozy crime series go, it’s hard to beat Daisy.

You should be able to get this in ebook from all the usual places like Kindle and Kobo, but I suspect the physical book will be harder to find in bookshops unless you order it in. Do yourself a favour though, if you’re new to Daisy and go back at start at the beginning and Death at Wentwater Court. It’s the sort of series where it’s worth it.

1 thought on “Book of the Week: The Corpse at the Crystal Palace”