It’s so hot outside, that all I want to do at the moment is lie in the shade and drink a cold drink and read books.  So because the UK is in the midst of a heatwave – and there are lots of people who are on holiday at the moment and will be doing exactly the same thing but by a beach somewhere glamourous, this week’s BotW that is perfect for reading while doing exactly that: Talia Hibbert’s The Princess Trap. 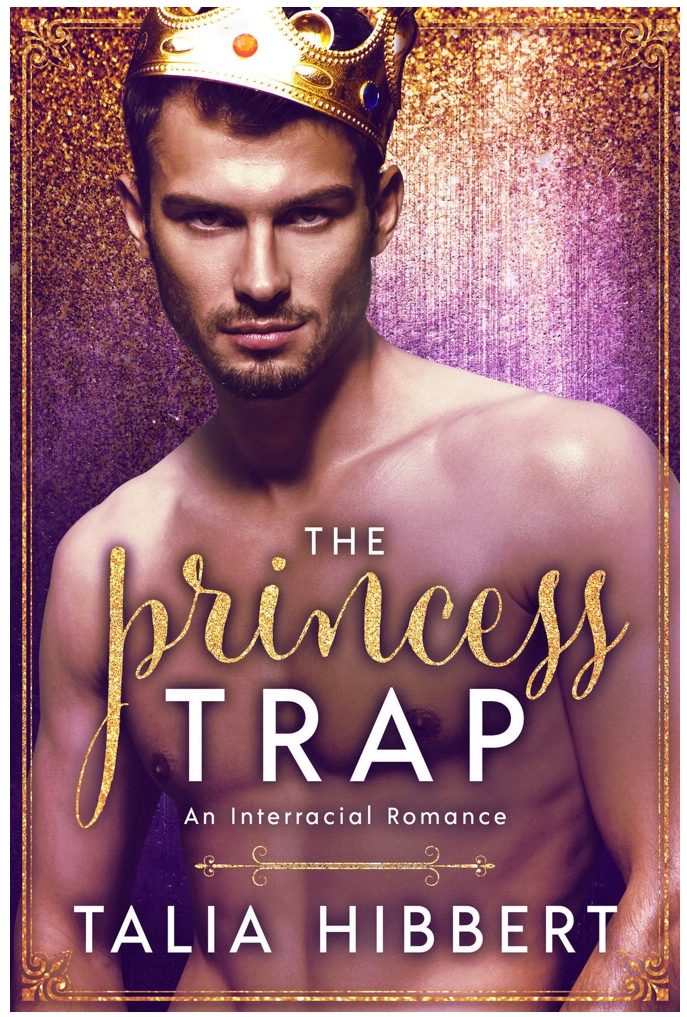 This is a contemporary romance with a prince in disguise and a fake relationship.  If you read Alyssa Cole’s A Princess in Theory earlier in the year and were looking for something else that scratches that itch, this may be the book for you.  It is a bit steamier than I remember that being – and there’s a couple of elements to the relationship here that are a bit different – but if you want another twist on the royalty trope – this time with a black British woman (who is not a stick insect) as the heroine, then go pick this up – what have you got to use.

Ruben is the younger brother of the king of a Scandinavian island, who is trying to recover his life from a sex-tape scandal.  Cherry works in HR at a school in London and is trying to help her family put her sister through college in the US.  He’s there incognito to have a look at whether the school’s ideas would fit into his educational programme when he spots her.  But when they’re spotted by the paparazzi, he tells them she’s his fiancée and asks her to keep up the pretence to get his family off his back.  What’s in it for her?  A big stack of cash that would really help with her sister’s tuition bills.  Cherry likes him and the money would be handy.  But she doesn’t really understand what being a royal fiancée entails and she doesn’t know about his scandal.  And then there’s his family and his past, which has got some serious issues in it.  I should add a trigger warning here – for abuse in the back story and in flashbacks – so avoid this if these are problematic for you, but I didn’t find it too upsetting.

This was my first Talia Hibbert and I really loved it.  I heard her interviewed on Smart Bitches, Trashy Books podcast a few weeks back and made a note to read some of her books.  And I’m so glad that I picked this one up.  It’s got a great story, a fantastic heroine who knows exactly what she wants and isn’t going to let anyone (even a prince) push her about, a hero who has his issues, but also a load of privilege and luckily has a bunch of people around him who call hin out when he’s being an idiot.  And it has all the diversity and representation you could want in a book.  I’m not going to run through the list here – because that makes it feel like a box ticking exercise and that is the opposite of what this is.  This is society as I see it everyday in a book – not a boring homogenous version of life – and it’s wonderful.  I’ll definitely be reading some more of Hibbert’s books.

This is available on Kindle version – I picked it up for free last week – but it’s £2.99 at time of writing.  It is however included in the Kindle Unlimited programme – so if you’re in that it’s just a guilt free click away.  In fact quite a lot of Hibbert’s books are in Kindle Unlimited so if this trope doesn’t work for you – or you’re worried about that trigger warning, then there maybe another one for you in the mix somewhere.  From that interview that I mentioned earlier, Hibbert’s thing is definitely strong heroines and diverse casts of characters who challenge sterotypes in romantic fiction.

2 thoughts on “Book of the Week: The Princess Trap”