As discussed in yesterday’s Week in Books, I was not a happy camper last week what with being stuck at home (and mostly in bed), laid low with the lurgy.  However, one bright(er) spot in the week was reading the latest Dandy Gilver novel and so it was an obvious choice for my BotW this week. 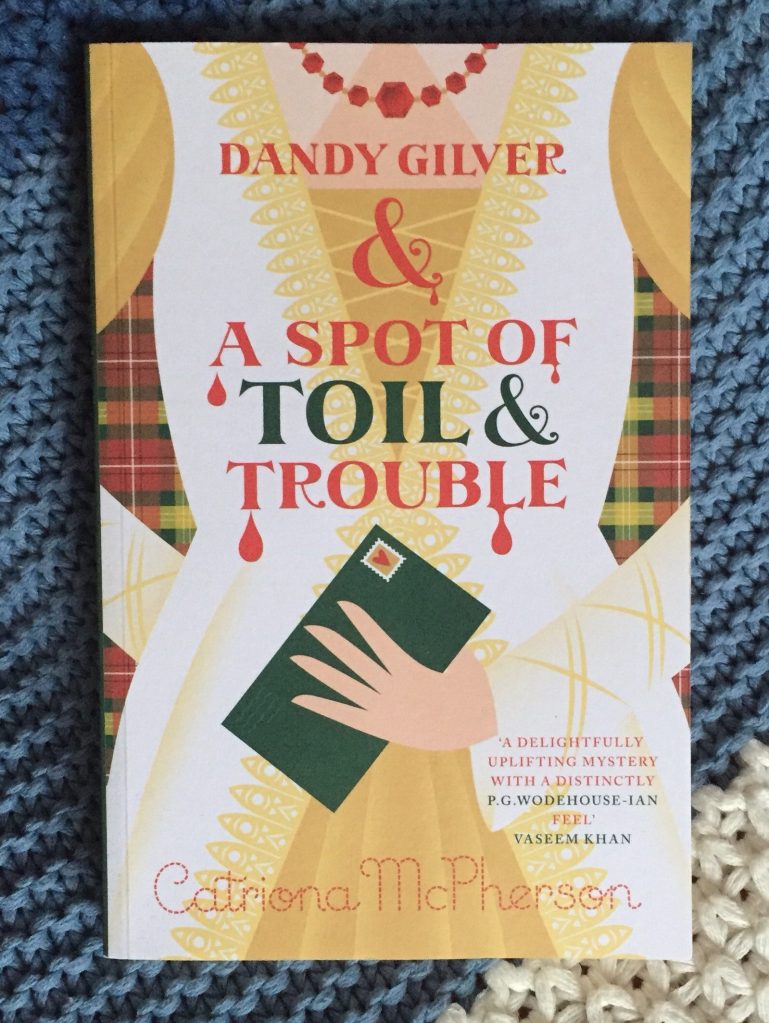 This is the twelfth book in the series and sees Dandy called in to help out one of her old friends, who is hoping to restore her family’s fortunes by exploiting the potential of the family pile.  The pile in question is a rundown castle, which happens to be located just down the road from a much grander stately home which is due to open for tourist tours shortly.  So Min and the Bewer’s have invited a theatre troupe to their castle to put on some Shakespeare, in the hope of attracting some of the visitors as they pass on their way to their rivals.  Why does Min need Dandy and Alec?  Well, there’s the small matter of a missing jewel, a curse and a long-vanished man that all need ironing out post haste.  And as it turns out there is also a host of secrets and lies lurking just under the surface.

This has got pretty much everything I’ve come to expect from a Dandy mystery – banter and friendly rivalry between Dandy and Alec, a huge (and somewhat complicated) cast of characters and an interesting setting and set up.  It doesn’t have a lot of Dandy and Hugh, which is a shame because they’re often a lot of fun and there’s very little Bunty in this either.  But it does have a mystery which will keep you turning the pages right to the end, even if I did figure parts of it out before the big reveal.  I’ve said before that one of the things that I like about the Dandy books is that although they appear to be a historical cozy crime series, the solutions to the mysteries are often a lot darker than you find in other similar books – and this keeps that trend going nicely.  I’m also impressed that McPherson manages to keep finding fresh settings for these books – I don’t think we’ve really repeated anything much yet through the series.

If you haven’t read any of the previous books, this wouldn’t be a bad place to start – although this one doesn’t have a lot of explanation of the backstory to Dandy and her business with Alec.  I know I usually advise that you start at the beginning of a series, but this one did a fair bit of evolving over the first few books and which I don’t think really got going properly and hit its stride until about book five.  If you want to know more – check out my Recommendsday post about Dandy from last year.

You should be able to find a selection of the Dandy books in any large-ish bookshop and my library always has a couple in as well.  The hardback edition of this is available now, but my copy came from Bookbridgr ahead of the paperback release on February 8th, so if you’re an ebook reader it might be worth hanging fire on buying it until after that as the price often drops when the paperback comes out and the Kindle and Kobo versions were an eye-watering £13.99 at time of writing.

3 thoughts on “Book of the Week: Dandy Gilver and a Spot of Toil and Trouble”