A day late, because of my birthday special post, but I’m sure you don’t mind waiting. I read a lot of cozy crime ARCs last week but in the end the choice for BotW was easy: Sarah MacLean’s A Scot in the Dark. 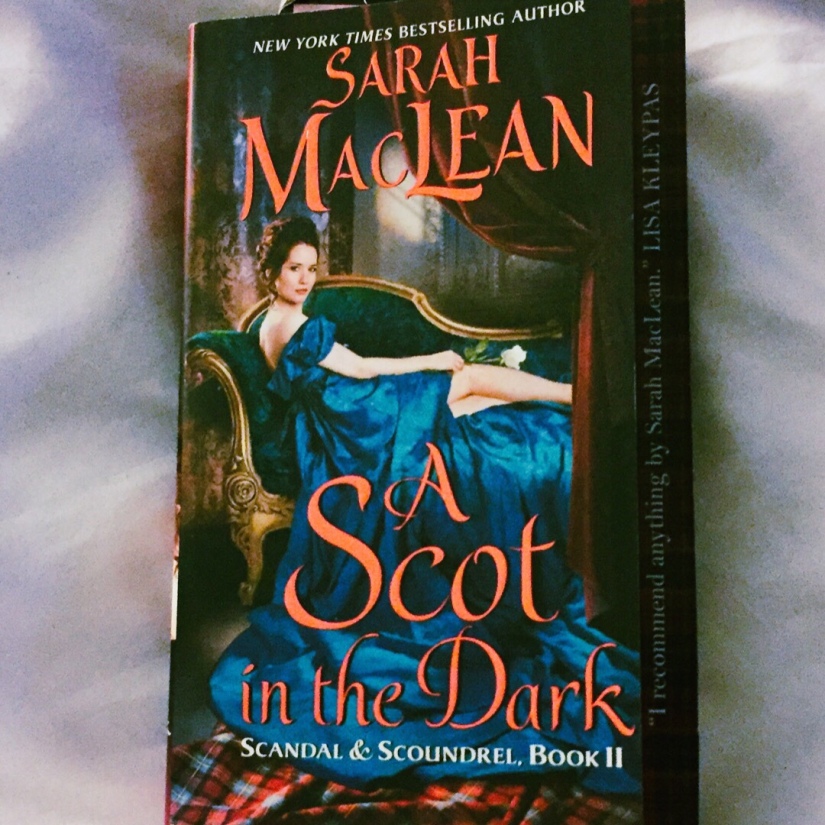 This is the second in MacLean’s Scandal and Scoundrel series and tells the story of Lily, who is facing public ruin after posing for a portrait that she thought was going to be private, and Alec, a Scotsman who has already inherited a title he didn’t want and wasn’t expecting and now discovers that he has a ward and that she’s caused a scandal.

Now, regular readers will know that I’m a big fan of Sarah MacLean’s books and although this isn’t my favourite of hers (still a tie between Nine Rules to Break When Romancing a Rake and Never Judge a Lady by Her Cover I think) it was still my favourite thing that I read last week by far.  I really like what MacLean is doing in this series by turning modern day celebrity scandals into historical romances and this is a really good one. As modern technology and social networks continue to take over our lives we’re seeing more and more cases of revenge porn – and this is the nineteenth century equivalent. Lily has been betrayed by someone she thought loved her, but who was actually using her for his own ends. She’s devastated at the betrayal but she’s not defeated by it. Alec is a fixer – he wants to solve the problem and make it better – but that’s no easier to do then than it is now. He’s also stubborn and has some baggage of his own. All of this makes for a really readable twist on traditional historical romance tropes.

I found a lot of this totally compelling and it’s all very readable. I’ve been trying to work out all week why I didn’t love it, love it, and the closest that I can get is that I just didn’t always know enough about what was going on in Alec’s head and in his history – but it’s still comfortably the best historical romance that I’ve read recently.

I’m a book behind in this series – the final one Day of the Duchess is already out – but I have a very strong negative reaction to the UK covers for these and so I have to wait for a Kindle offer or bribe someone going to the US to buy me the American version and also it got packed into the boxes of stuff. Fingers crossed I get my hands on Day of the Duchess soon. These are always harder to find if you are in the UK: your best bet is to order online or try a big bookshop with a romance section. Of course if you’re in the US it should be much easier and I’m very jealous!

2 thoughts on “Book of the Week: A Scot in the Dark”