This week’s BotW is a rare (ish) non-fiction choice – Lily Koppel’s The Astronaut Wives Club.  I’m not sure how I first came across this – but it had been sitting on my to-buy list for ages waiting for me to find an excuse to buy it – and the nightshifts came around… 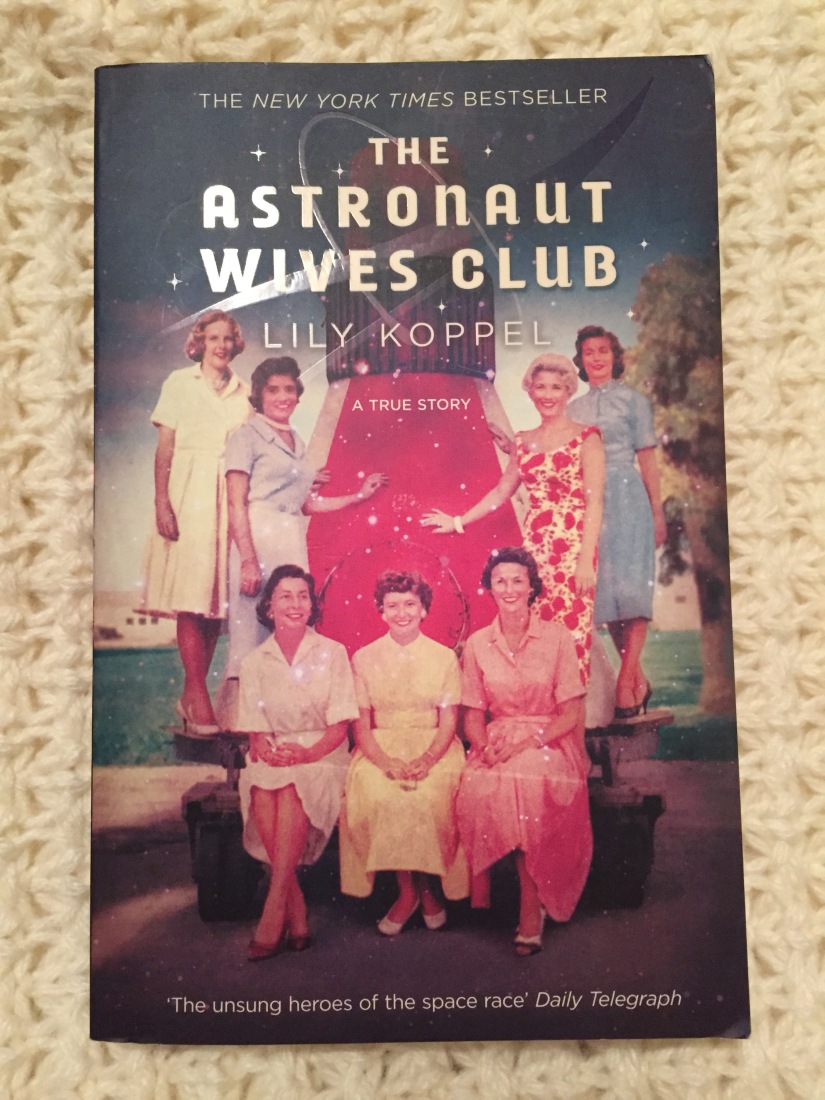 The book is about the wives of the first several cohorts of US Astronauts – who they were, how their lives were changed when their husbands were picked and the consequences for them as their husbands went off into space.

This is quite a light read – it reads very much like a string of anecdotes tied together and because there are so many women you don’t get a lot of detail on any of them.  But it is a fascinating glimpse inside the space bubble – I’m sure I’m not alone in that my knowledge of space exploration is fairly limited (the basic facts plus a viewing or two of Apollo 13 and a few documentaries) and I’m not massively interested in science.  This book was perfect for me – it’s always the people that I’m interested in particularly the women who had to smile in front of the world’s media as they watched their partners blast into the unknown.

Lily Koppel has done her research and has spoken to some of the women and come up with a very readable book telling the stories of a group of women who managed to support each other whilst competing with each other and never wanting to show weakness.  Well worth a read – if only to realise exactly how famous these men were and what a fishbowl their wives had to live in.

Get your copy from Amazon, Waterstones, Foyles or on Kindle or Kobo

4 thoughts on “Book of the Week: The Astronaut Wives Club”