I’ve girded my loins.  I’ve taken a deep breath. I’ve done some dusting.  Here is a photo of the to-read pile and the library book bag. 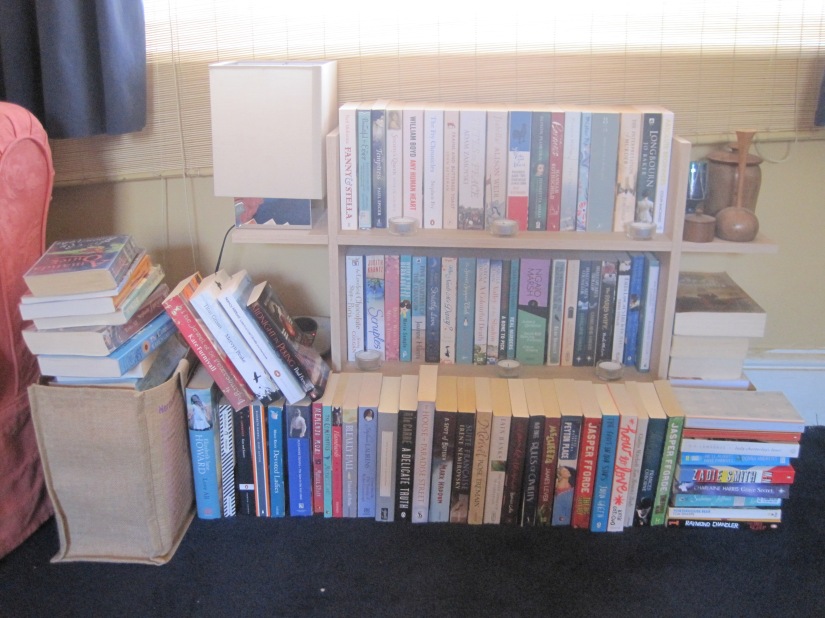 It looks bad doesn’t it? I know.  It’s out of control.  And the eagle eyed amongst you may notice that there’s two Jasper Fforde books from the same series on there too (breaking a rule of the to-read pile) and that’s because I spotted The Fourth Bear in a charity shop this morning for a pound and it seemed like too good an opportunity to miss.  I haven’t worked out an excuse for the Mrs Bradley mystery and the Frances Osborne which I bought in a different charity shop five minutes later.  I’ll get back to you on that.

1 thought on “The status quo”