Well, well, well. As you might have noticed I managed to bring the ongoing list down a bit last week. I’m quite pleased with myself, but my book of the week is one of the many that came out last Thursday. I wasn’t intending on this being the featured review this week – it’s not exactly low profile, but it was the book that I liked the most last week and thought that I would have the most to say about. Also I had a very wafty weekend and spent more time watching Formula One and Dallas Cowboys Cheerleader: Making the Team than I did reading, so some of the other stuff I had planned for the week didn’t get read… 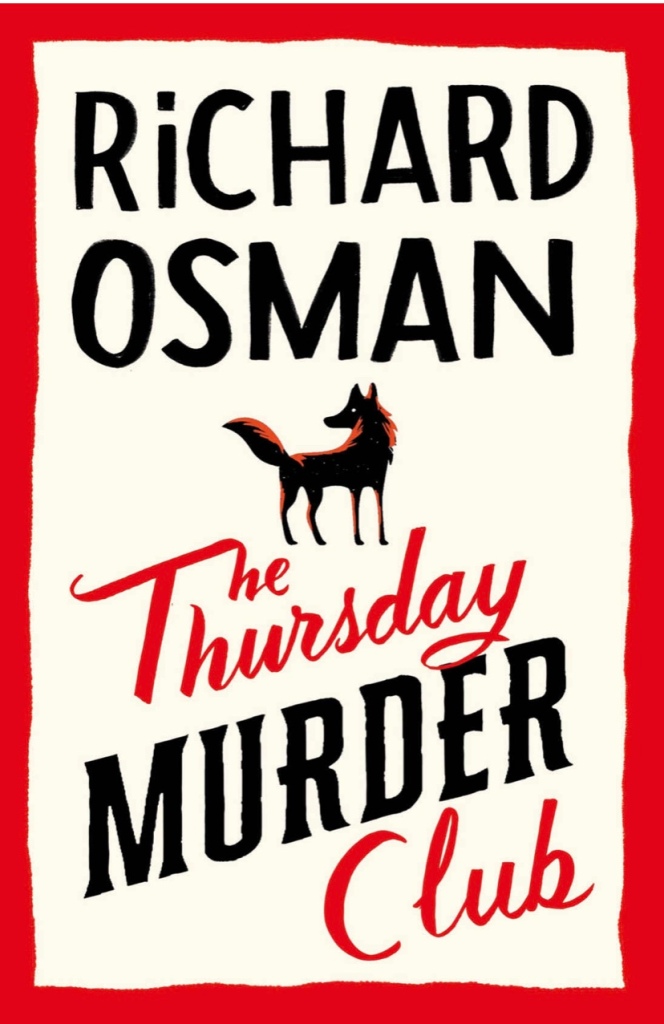 First, before I get to the plot, I have been excited about this book since it was announced more than a year ago. If you’re in the UK, you’ll know Richard Osman as the one with all the answers on Pointless or the host of House of Games. He’s got a lovely way about him on Twitter, he always comes across very well any time you hear him talking and the plot synopsis sounded great. In fact it all sounded so good that I was worried it couldn’t live up to my expectations – especially as a debut novel. I mean murder mysteries aren’t exactly easy to pull off.  The fact that I’m writing about this here, indicates that I have good news for you! Anyway, to the plot.

Elizabeth, Joyce, Ibrahim and Ron all live at frankly rather nice sounding retirement village in Kent. Every Thursday they take over the Jigsaw room meet up to discuss unsolved murders (under the guise of a society for fans of Japanese opera to keep away the nosy). Then the owner of the retirement village is found dead, just after a consultation meeting about an expansion. Now they have a live case to solve – they’ve got the skills to do it, but will they manage it before it’s too late?

Now reading that plot synposis you’ll think that you’ve read stories like this before. And yes this does have some similarities with cozy crime series featuring an older protagonist. But it’s not really a cozy crime. The mystery is twistier and more complicated. I can’t say much about the solution, because that would be spoiling things and you know that I don’t do that, but it doesn’t quite fit the cozy format. And as well as the mystery, there are proper side plots. It’s all told as a mix of narrative and Joyce’s diary – which really works as she is the newest member of the club and gets to do a lot of the exposition – but all four members of the Club are properly realised characters with backstories that you hear about, hopes, worries and fears. And the two police officers are great too. It’s also got a strain of melancholy to it – they are old people and they’re not done with life, but they do worry that this might be the “last time” that they do something and worry about the things they have lost (and in some cases develop strategies to try and combat this). Oh and it’s funny. Dryly funny and witty not pratfalls and stupidity funny. Wry observances and witty asides type funny. It’s great. I would happily have spend another 100 pages with the gang.  If there’s another one, you can sign me up to read it now.

My copy of The Thursday Murder Club came from NetGalley, but you should be able to get this everywhere. I’ve been out to London today and walked up Charing Cross Road and Tottenham Court Road and could see it in the front section in the Big Foyles and it was in the Window at the Waterstones. It’s that sort of release – probably in the supermarkets too, and definitely in the airport bookshops, if you’re lucky enough to be going somewhere. When I went looking for links, Amazon was out of stock of actual copies – which means it’s an even smarter choice to order if from your local indie. And of course it’s out in Kindle, Kobo and Ebook.

It’s that time of year again – where I pick out some books that I think would make great holiday reads.  And because I’ve already been on holiday, some of these are actually books I read on my holidays* so I can vouch for their sunlounger-worthiness!

The Lido by Libby Page

This is the story of Kate, an anxious 26-year-old cub reporter at a local paper in Brixton, and Rosemary, an 86-year-old widow fighting to save the local Lido that she’s been swimming at practically all her life.  When Kate finds a leaflet about the plight of the Lido she’s soon not only reporting on the story, but leading the fight to save the swimming pool.  The Lido got a lot of buzz ahead of it’s release as one of the feel-good books of the summer.  Now as this had me in tears by the pool multiple times, I suggest that you don’t read it on a plane because Altitude Associated Lachrimosity Syndrome** will only make that worse.  I was charmed by the setting, loved watching Kate’s journey and wanted to find a friend like Rosemary.  If you like books by people like Lucy Dillon and Anna McPartlin, this could be the holiday book for you.

Another young wannabe journalist is at the heart of Dear Mrs Bird, but 70 years earlier in the middle of World War II.  Emmeline Lake is desperate to be a Lady War Correspondent, so when she sees a job advert at one of the big newspaper publishers she spots her chance.  But instead of working at a newspaper, she finds herself at a women’s magazine where her job is to sort through the letters sent to the agony aunt.  But Mrs Bird has very definite ideas about the sort of letters that she’s going to answer – and anything involving Unpleasantness is definitely out.  When Emmy starts answering some of the letters secretly it all spirals out of control very quickly.  This only came out a couple of weeks ago too – but bookish twitter was alive with chatter about it just before Christmas.  I saved it to read on my holiday and was really glad that I did.  There was one twist in the plot that I could see coming a mile off – and I suspect anyone who has read more than a couple of books set in WW2 will see it too – but I still loved spending time with Emmy and her best friend Birdie and all their friends and neighbours doing their bit for the war effort in 1940s London.  There are sad moments in it, but it’s got a cheeky point of view that means that when the realities of war break through it really hits home. If you like Laurie Graham, Angela Thirkell or the Diary of a Provincial Lady, try this on your sunlounger.

Making Up by Lucy Parker

This summer’s contemporary romance pick is Lucy Parker’s third novel in her London Celebrities series.  Trix is thrust into the spotlight when he has to take over the leading role in the show that she’s performing in after the star is knocked out injured.  But her confidence is shattered because of the mind games her ex-boyfriend played on her.  Leo is a make-up artist who’s taken a job on the show after a professional setback (not his fault) dented his reputation.  The two of them have been sniping at each other since secondary school, and neither of them really wants to be working with the other.  If you like your romances with a large helping of witty banter and snark this is the book for you.  I found myself posting quotes from this on Litsy – and I hardly ever use the quote function.  My favourite (I think) was: 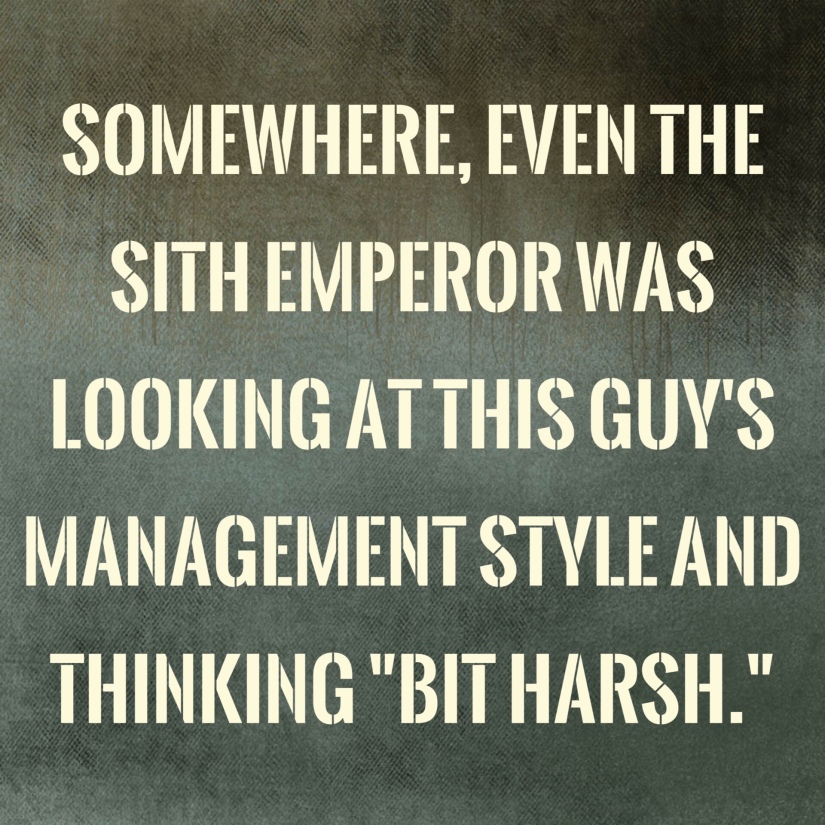 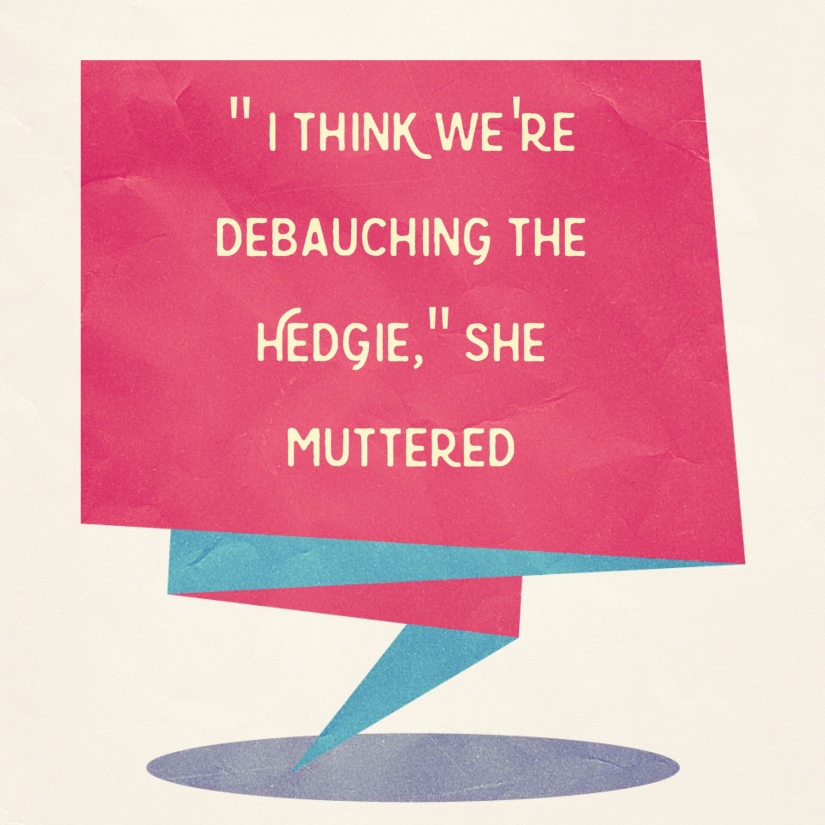 runs it a close second. You’ll get the most out of this if you’ve read the other two books in the series – particularly the second book, Pretty Face, because a lot of the background to Trix’s issues was laid there. All three of the books in this series are enemies to lovers books set in and around the theatreworld of London’s West End and they’re all packed with wise-cracking heroines and dry, sardonic heroes.  I love them – and I just wish Parker had written more of them already!

Wicked and the Wallflower by Sarah MacLean

My historical romance pick is coming out until June 19th – and I’m totally using that release date as the reason why it’s taken me so long to get this post out and not the fact that I had a big list of books that I wanted to read for potential inclusion that I still haven’t got to the bottom of. Ahem.  Anyway, Wicked and the Wallflower is the first book in MacLean’s new Bareknuckle Bastards series and tells the story of Felicity and Devil.  She’s an aging (for the time!) wallflower whose family is desperate to see her married off, he’s the bastard son of a duke out for revenge.  When he offers to help her land a duke, she doesn’t know that his plan doesn’t really have a happy ending for her.  But as they get to know each other sparks fly and he may have to chose between revenge and love.  I know that sounds like a pretty conventional plot for a romance novel, but what you don’t get from that is the spirit and independence of the heroine and the underworldly but businessey world that Devil has built for himself.  I really enjoyed it – and I’m looking forward to seeing Devil’s siblings get their turn at romance in the sequels.

And there you are.  I wanted to optimistically call this Summer Holiday Reads 2018 Part 1, but we all know how terrible I am about timely posting and I do like to deliver on my promises, so I’ve been restrained.  I hope there’s something here for you – all of the books here definitely gave me happy hours of reading – so I hope you have a lovely time on a sunlounger with a book at some point this summer.

* Yes that’s how long I’ve been working on this post. I know. I’m sorry.