Another in my occasional series of posts about things that have been getting me through the Coronavirus, and this is one that dovetails with my love of middle grade books, despite the fact that I’m no longer a middle grader – and in fact am easily old enough to have a middle grader of my own!

If you’re my sort of age, The Baby-sitters Club was up there with Sweet Valley High as a series that you binge-read from the library. Or at least it was for me.  The books – with the building blocks logo and the house with the illustration of the story in the window were instantly recognisable. It’s hard to remember so many years later, but I’m fairly sure I read almost all of the first 50 books, and all the early super specials as well as some of the mysteries. So, I was excited – but also a little trepidatious – to see that Netflix had adapted it. How do you update a series written in the pre-internet, pre mobile phone world so that it works for children today?

As it turns out, they’ve done it really, really well. The personalities of the girls are the same – but Dawn is Hispanic and Mary Anne is biracial. Stacey still has diabetes, but now she has an insulin pump rather than having to do injections. There are mobile phones, but Kristy and Mary Anne still have flashlights to signal between their houses – because Mary Anne’s dad is so overprotective. Would modern parents really trust a bunch of barely teenagers with their kids? Well the series does try and address that. It’s got a strong focus on social justice, which I think is both true to the original books and inline with what the kids today (!) are interested in and it has enough easter eggs in there for the grownups too – like the handwriting on the episode titles being the “right” ones for each girl from the original books, Alicia Silverstone as Kristy’s mum, Kevin from Brooklyn 99 as Mary Anne’s dad. As grown up, sometimes it was all a little bit ott but I’m not the target audience- and i find that with a lot of children’s shows. It was perfect though for watching while ironing. And low-stakes drama is about all I can deal with right now. At the end of the series Mallory and Jessi were introduced, which means I’m hoping there are plans for a second series – but obviously these strange times we live in could have thrown all that up in the air and mean that the cast age out faster than expected.

Anyway, you can find the Baby-sitters Club on Netflix – and I’m off to read one of the new Babysitter’s Club graphic novels which have been adapted by Raina Telgemeier.

I wasn’t sure if I was going to write about this here, but actually, I can’t help myself.   At the end of July I went to the Sixth Bristol Conference on Twentieth-Century Schoolgirls and Their Books.  If you’ve been hanging around here for a while you’ll know that one of my big bookish passions are school stories – and one of my most enduring loves are the Chalet School series.  And this was a gathering of over 100 people who love all the same books as me to listen to talks about them, chat to people about them and yes, buy more of them. 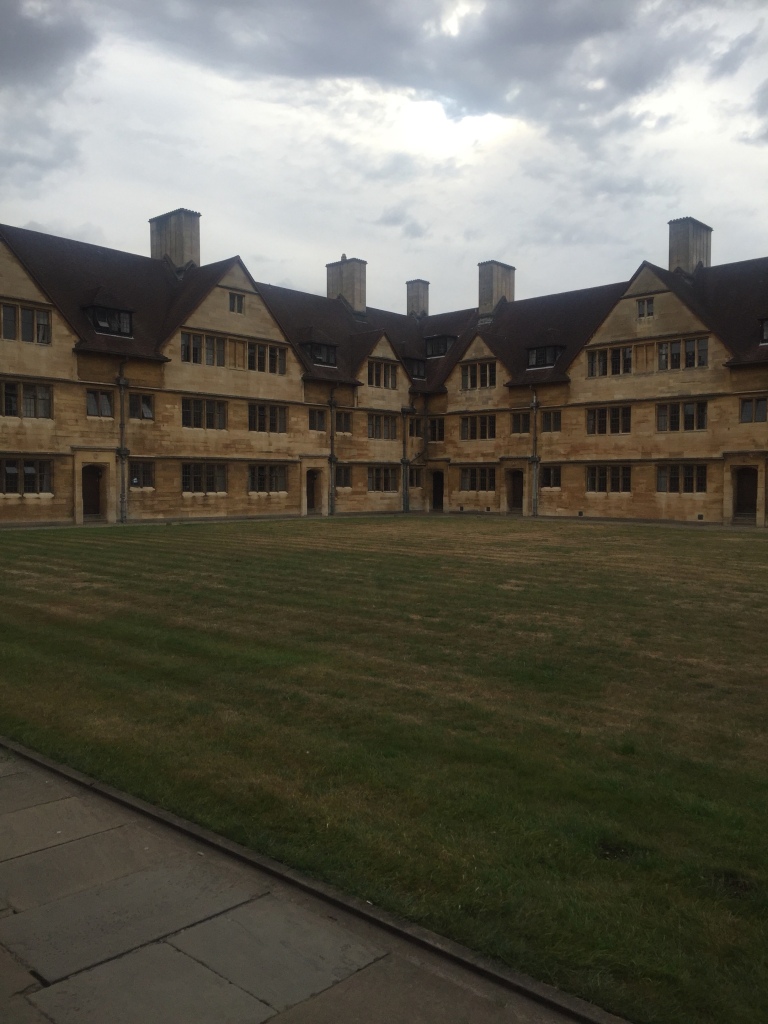 As it’s the centenary of the end of World War One, the theme this year was War and most (although not all) of the talks had that as a theme linking them together.  Now I am quite a young enthusiast in the genre – the last run of Chalet School paperbacks came out when I was in secondary school and they were one of the last classic series left in print – so I discovered a lot of new authors at the conference – and was able to pick up books by some of them.  You may have spotted some of my purchases popping up in Week in Books and Book of the Week posts. 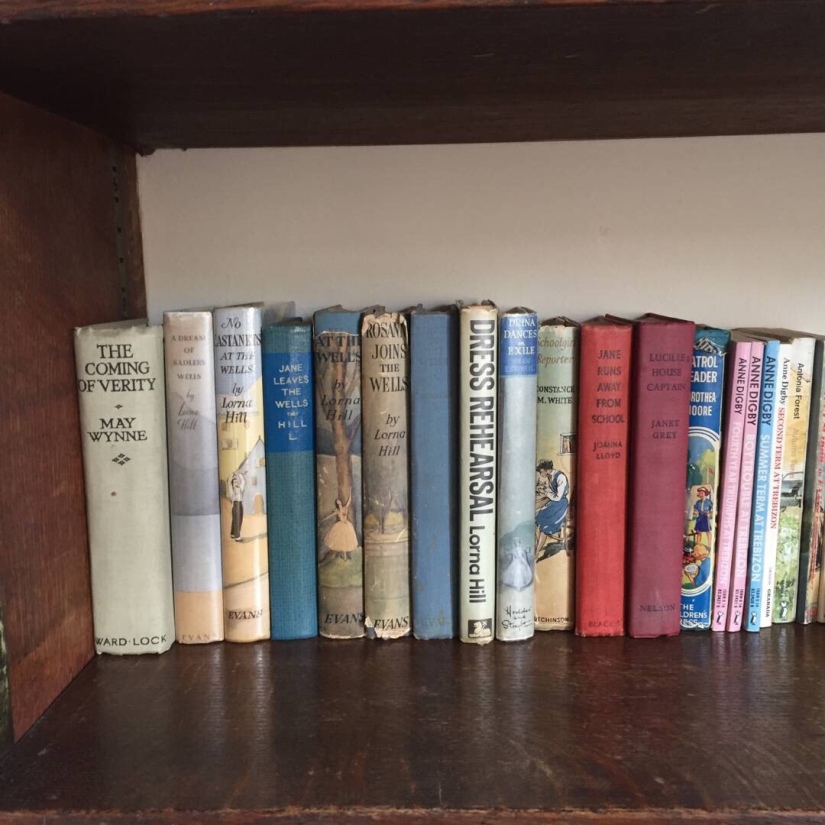 What was really, really wonderful was meeting up with people who love the same things that I do.  I think I had underestimated how wonderful it would be to be able to talk to other people who have read the same books that I have.  I mean all of my friends – and most of my work colleagues  – know that I love reading and read a lot (some of them even read this blog) and we have conversations about books, but I never really get to talk about this bit of my bookish life because I’m meant to be a grownup reading adult books – and no one has read a lot of these books any way even when they were younger. 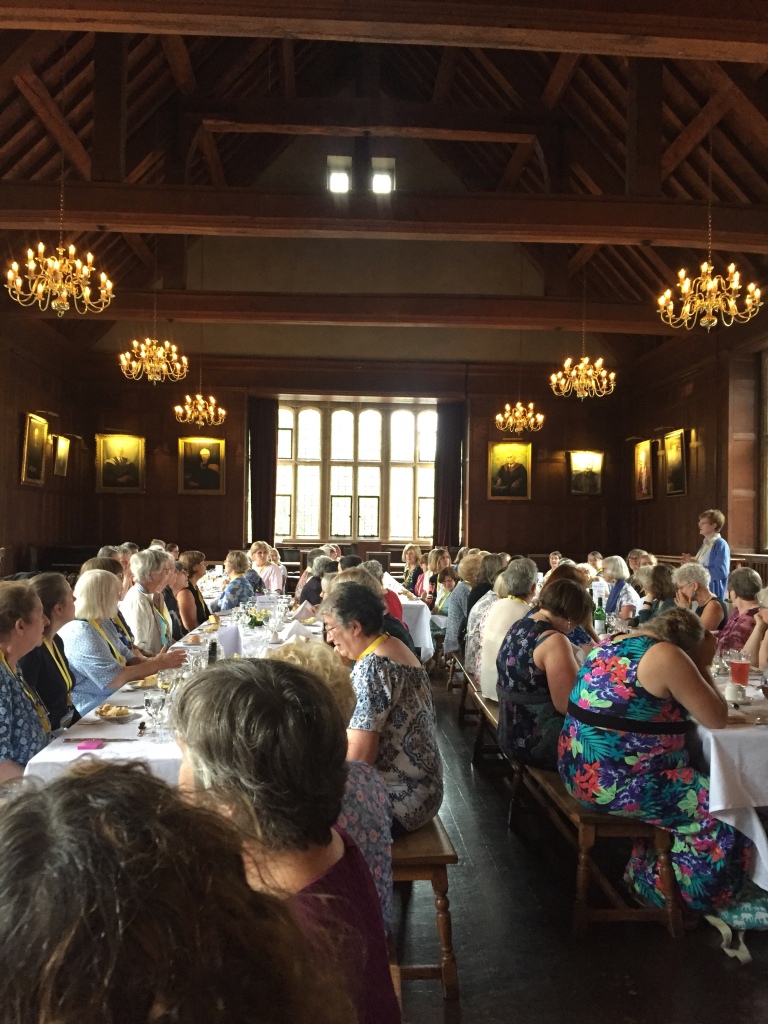 So I guess what this boils down to is find yourself opportunities to go and hang out with other people who are into what you’re into.  You’ll make some friends, learn some new things and have a marvellous time.  I’ve already got the next conference (in 2020!) in my diary.