A slightly better week in general. I mean it’s still very stressful and anxiety inducing, but I’m operating more as normal. Not quite the normal list, but better than last week and some really good stuff here. I’m plotting some bonus posts too so watch out for some extra content coming soon.

The Five-Year Plan by Carla Burgess*

Murder in the Mill Race by E C R Lorac

The Animals at Lockwood Manor by Jane Healy*

Two ebooks bought – but for my sister so they don’t count right? – and a preorder of Greg Jenner’s new book, which I am so excited to read.

Bonus photo: some of my ebook stockpiling in case of need… 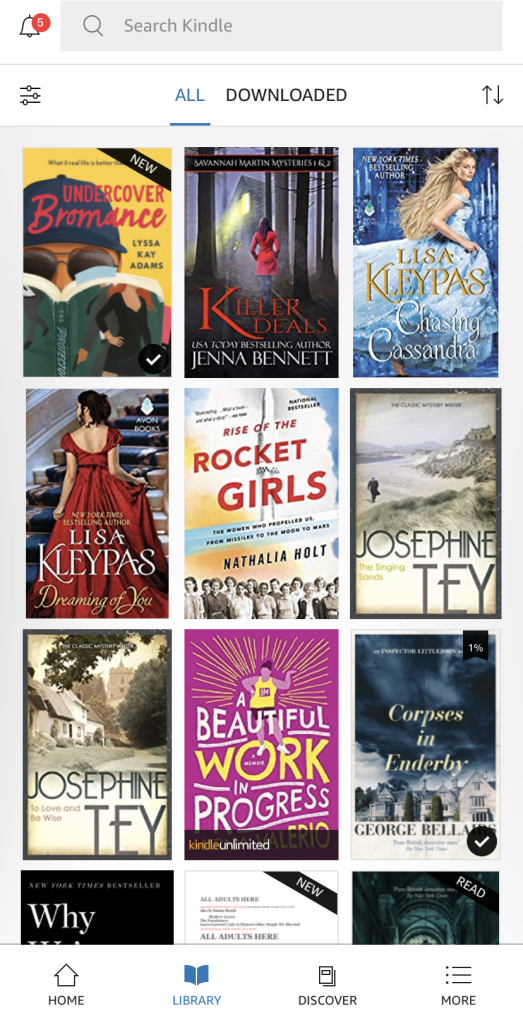